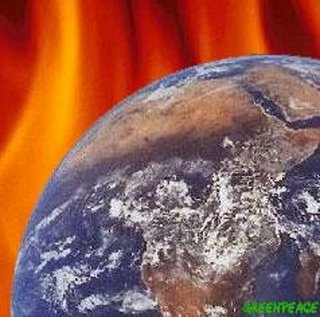 "It is, I suspect, no accident that it is in Europe that climate change absolutism has found the most fertile soil," writes Nigel Lawson in this week’s Spectator:

For it is Europe that has become the most secular society in the world, where the traditional religions have the weakest popular hold. Yet people still feel the need for the comfort and higher values that religion can provide; and it is the quasi-religion of green alarmism and what has been termed global salvationism — of which the climate change issue is the most striking example, but by no means the only one — which has filled the vacuum, with reasoned questioning of its mantras regarded as a form of blasphemy.

So ends a long piece, based in part on the report by a House of Lords committee on climate change, which the noble Lord himself chaired.

Lawson opens his piece with a quotation from Schopenhauer, the 19th Century German philosopher, who declares: "There is no opinion, however absurd, which men will not readily embrace as soon as they can be brought to the conviction that it is generally adopted."

So it is with global warming, and Lawson goes on to demolish the arguments put up by the United Nations intergovernmental panel on climate change (IPCC), knocks the thinking behind Kyoto into a top hat and then, in passing, takes a swipe at the Boy King, who, Lawson writes, "is in danger, over this issue, of making commitments which, in government, he would find it extremely damaging to honour."

But the most valuable contribution of the piece is to re-emphasise the hardly new, but much ignored thesis that the best way to deal with the threat of climate change is "to identify the most harmful consequences that may flow from global warming and, if they start to occur, to take action to counter them." There are, Lawson states, three reasons that this approach is the most cost-effective:

The first is that most of the likely harmful consequences of climate change are not new problems but simply the exacerbation of existing ones, so that addressing these will bring benefits even if there is no further global warming at all. The second reason is that, unlike tackling emissions, this approach will bring benefits whatever the cause of the warming, whether natural or man-made. And the third reason that this would be the most cost-effective way to proceed is that there are benefits as well as costs from global warming. Globally, the costs may well exceed the benefits — although here in northern Europe it is quite possible that, over the next 100 years, the benefits will exceed the costs — but it is clear that a policy of addressing directly the adverse effects enables us all to pocket the benefits while diminishing the costs.

The principal adverse consequences of global warming he identifies are coastal flooding as sea levels rise, damage to agriculture and food production and water shortage:

Addressing these specific consequences is not only far and away the most cost-effective approach to global warming: it also buys time. Time to learn to understand better the highly uncertain science of climate change; and time to allow technology to develop more economic sources of low-carbon energy than we have now. And on precautionary grounds it may be sensible for governments to use this time to encourage both low-carbon technological development and its diffusion.

But then, concludes the noble Lord, "it has to be said that this is not an easy message to get across, not least because climate change is so often discussed in terms of belief rather than reason." It is then that he points out the quasi-religious nature of green alarmism, and suggests that this “can be no basis for rational policy-making.”

The only criticism one can have of this argument is that it does not go far enough. The EU itself, as we have pointed out, is a quasi-religious entity and, therefore, it is not given to rational policy making, driven by its own set of mantras which have little to do with the real world.

Central to that is an inherent socialism, maintained even after the term "Socialism" has gone out of fashion, to the extent that it has become a dogma that dare not speak its name. But a more than adequate substitute is Lawson's "green alarmism".

That provides the rationale and the excuse for implementing the interventionalist doctrines of socialism, without have to admit that that is what they are, and enables even so-called conservatives like the Boy King to embrace the faith.

Thus, while we agree that "green alarmism" can be no basis for rational policy-making, we are in the land of the irrational, where dogma is the driving force of policy. Thus, although Lawson speaks great sense, he understates the problem. In order to deal with the real issues, you first have to get past the high priests. As long as the dogma is so assiduously guarded by the EU, the message is not so much difficult to get across as impossible.

By contrast, dealing with climate change is relatively easy.