Whistling in the wind 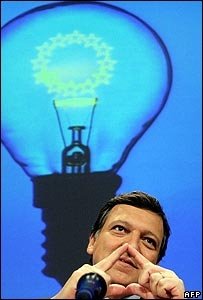 In writing The Great Deception, Booker and I had recourse to a little-known but extremely helpful book on the early days of the EEC, "Twentieth-Century Europe", written by Richard Vaughan, a respected medieval historian.

Booker asked him about writing about these two vastly different periods, and whether it was not easier doing the research when there were eye-witnesses who could give a first-hand account of events.

Vaughan's response was quite illuminating. He preferred his own analysis of the written records and felt that witnesses and participants actually clouded the research. They all had their personal "takes" on contemporary issues and their own agendas, which tended to obscure rather than clarify.

I must say that I agree with him. Researching the events around the Maastricht debates in the House of Commons, I relied greatly on the written records but also interviewed a number of politicians who were directly involved. Of the various sources, I found them least reliable and some of their accounts were not supported by the indisputable facts.

Thus it is that we read the few newspaper accounts of the launch of the EU commission's energy "green paper" two days ago and, taking these as direct eye-witness accounts of the events, some paint a lurid picture of another power-grab by the EU.

Anthony Browne for The Times, for instance, under the headline "Fearful EU aims to take energy policy from governments", wrote: "Alarmed by a surge in energy costs and the threat of an acute gas shortage, the European Commission has made an attempt to seize control of energy policy from national governments."

In The Telegraph, Ambrose Evans-Pritchard took a remarkably similar line, this time under the headline: "Brussels wants central control of North Sea oil and EU energy policy". His opening was: "The European Commission called for a common EU-wide fuel and power strategy directed from Brussels and a regulator as it tried to break the grip of national governments over energy policy."

If The Independent published a story at all, I was unable to find it. The Europhile Guardian offered a different "take" with the headline, "EC warns of €1,000bn power challenge," but still resorted to a strap-line: "Commission threatens to act on climate change and rising prices".

Its opening text, however, was couched in considerably different terms, stating: "The European commission yesterday warned EU countries that radical changes in energy policy were essential if the 25-nation bloc was to meet the challenges of climate change, security of supply and rising prices." The report continues:

In two versions of the same event, therefore, we have "an attempt to seize control" and a claim that Brussels is attempting "to break the grip of national governments" while the third tells us that the EU commission merely "warned" EU countries. With such widely varying "takes", who are we to believe, and what are we to take as the actual situation? 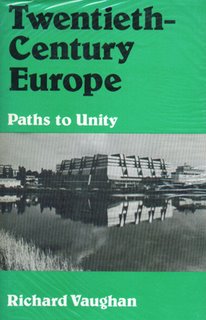 Well, in the style of Richard Vaughan, we can go back to the source documentation and, thanks to the wonders of the internet, we can consult the commission's own press release, which is likely to be a reasonably accurate reflection of the state of mind in Brussels.

Here, the alarmist tone fails to gel. The commission talks about "its vision" for an energy strategy in Europe and the first lines of the press release set out the tenor of the green paper. This, says the commission, "invites comments on six specific priority areas, containing over 20 concrete suggestions for possible new action."

The release cites El presidente Barroso declaring: "The energy challenges of the 21st century require a common EU response. The EU is an essential element in delivering sustainable, competitive and secure energy for European citizens. A common approach, articulated with a common voice, will enable Europe to lead the search for energy solutions".

What immediately comes over is the diffident, almost hesitant approach. The EU is an "essential element" says Barroso – a far cry from an overt declaration that the EU should run the show.

If we then resort to the real thing, the actual green paper, "A European Strategy for Sustainable, Competitive and Secure Energy", we find that the diffidence continues.

Rather than open with a series of strident declaration, the paper "puts forward suggestions and options that could form the basis for a new comprehensive European energy policy." Note the use of the word "could". The text then continues: "The Spring European Council and the European Parliament are invited to react to this Paper, which should also spark a wide-ranging public debate." Only then do we read, "The Commission will then table concrete proposals for action."

By any measure, this is not a self-confident, assertive, dominant commission laying down the law. Compared with many other commission documents we have seen, the tone is deferential and tentative, putting the European Council – i.e., the member states - and the parliament in the driving seat.

To us, this is not surprising. For sure, the gathering problems with energy supply are the ideal beneficial crisis, to which the never-ending pursuit of political integration can be harnessed. But, given the recent turmoil over the take-over wars and the resurgence of economic nationalism, one can understand why the commission is being very cautious.

Furthermore, we have been there before, and I am sure there are people in the commission with long memories and a better understanding of Community history than contemporary reporters.

That history includes the first attempt to forge a common energy policy, in the wake of the Yom Kippur War in 1973. The attempt failed, for exactly the same reasons that the commission is currently having difficulty – economic nationalism – and the over-reach nearly destroyed the Community.

In tackling energy again, therefore, the commission is treading a dangerous path. And, if it could not even get its Ports Directive through the system, I suspect it is going to have little better success with this initiative. The indications are that the commission is whistling in the wind – and knows it.