You will go on holiday… 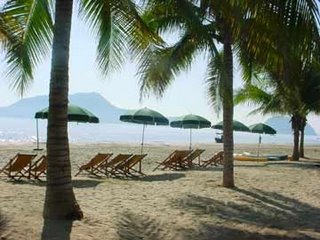 Ever had one of those years when things have been so hectic that you just have not had time to take your holiday entitlement? Or needed the money more than the break? Well, tough! By order of our masters in Brussels, you will take the time off, or else.

This is the thrust of an ECJ judgement yesterday, brought to us courtesy of the Guardian. The court, we are told, court ruled that workers will no longer be able to be paid for unused holiday entitlement. The judges' view was that the so-called "rolled-up holiday pay" system breached the EU's working time directive, which requires employers to give employees a minimum four weeks' holiday a year.

The case was brought by a group of British shift workers demanding the right to payment during their holidays instead of notional extra hourly pay instead but, under the working time directive, the minimum period of paid annual leave cannot be replaced by an allowance, except where employment is terminated.

The judges said that payment for annual holidays included in hourly or daily pay rates - "rolled-up holiday pay" - was contrary to the working time directive. This was because the system could lead to situations where minimum holiday was replaced just by an allowance - and annual paid leave was a key entitlement under the rules.

Said the judgement, "The entitlement of every worker to paid annual leave is an important principle of community social law from which there can be no derogation … Holiday pay is intended to enable the worker actually to take the leave to which he is entitled."

So, there you are – yet another benefit of our membership of the beneficent EU. You shall have your holidays - even if you don't want them. There is, as yet, no directive that says you must enjoy them but, no doubt, they are working on that.