Do they need to be controlled? 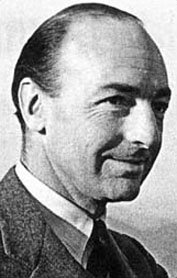 As the Tessa Jowell/David Mills saga unfolds (like an Advent Calendar - something new every day) and the death of John Profumo is reported as that of the Minister in the sex scandal, one cannot help musing on the differences.

Profumo behaved foolishly and irresponsibly. Mind you, the fact that he lied to Parliament hardly put him into a special category of politicians but there were all sorts of aspects to the case that made it impossible for him to carry on as Secretary of State for War or, surprisingly to us, as an MP. His subsequent career is well known.

He volunteered at Toynbee Hall, first as a dish-washer, then as administrator and worked tirelessly as fund raiser and campaigner. As his late wife, Valerie Hobson, was, in my opinion, one of the most beautiful and intelligent British actresses of the 1940s and early 1950s, I’d like to think that her influence played a large part.

Several things struck me as I re-read various details of the story (more to come, I expect). Setting aside the differences in behaviour, there is something odd that we should still consider that tale of

as being the most exciting of the last fifty or so years. The Evening Standard, whose summary of the case I quote, then goes on:

“[I]n Profumo it had a central character whose downfall was as precipitous as it was sudden. An Italian baron, war hero and the husband of a famous actress, he had been a rising star.”

We have had plenty of scandals since then but none, I suppose, with quite that heady mixture, made that much more exciting by revealing glimpses of a world that most people knew little about. Notting Hill, in those days, meant something very different from what it does now.

Then there are the various comments (more to come, I expect). While I appreciate Lord Deedes pointing out that Profumo’s tale is one of redemption and goodness as well as folly and betrayal (in the widest sense of the word, as no secrets seem to have been lost), I do wonder what possessed Lord Goodman to describe the osteopath Stephen Ward as the

“historic victim of a historic injustice”?

The story of Ward and his suicide is appalling but he did pimp for both Keeler and Rice-Davies. The question was, presumably, whether he received money for it. Not much of a “historic injustice”.

It is, however, a small detail in Lord Deedes’s account that struck me as being very typical of the age. It seems that as the Labour allegations mounted, Profumo was summoned at 2am to the Chief Whip’s office. He was drowsy not, as anyone would be, because of the hour but because he had taken a sleeping pill. That was, of course, the era of pills when every woman had aspirins in her handbag and sleeping pills were the norm even for completely healthy people.

Let us fast forward to the present with yet another political scandal unfolding before our eyes. It has been astonishing to watch one Minister after another being caught out in all sorts of shenanigans, all considerably more sordid than the Profumo case, lying to Parliament, then admitting, then lying some more, then admitting some more and finally resigning.

Their fingers have had to be prised off the ministerial portfolio one by one. And while it took Jack Profumo at least ten years of hard work to make his way back to respectability (though not a political position), a number of people at the centre of recent scandals took weeks. Mind you, they then found themselves embroiled in another row.

On Friday when Profumo’s death was announced to give us all the chance to wallow in nostalgia, a news item and an editorial in the Daily Telegraph dealt with the attack on the Prime Minister by Sir Alistair Graham, the chairman of the Committee on Standards in Public Life (set up, I believe, by the Labour Government in its squeaky clean, whiter than white days – there’s nostalgia for you).

“In 2003, Sir Alistair told Mr Blair that accusations of ministerial wrongdoing should be investigated independently, not by the Cabinet Secretary or the Prime Minister himself, but by someone from outside the Whitehall village. Mr Blair has failed to implement this recommendation.”

In fact, the Prime Minister is still refusing to implement the recommendation, which makes one wonder what it is he fears. What more can come out about his hapless ministers?

Sir Alistair does not recommend that the outside committee should have the right to suspend or dismiss ministers, merely to investigate them, after which the Prime Minister can act as he sees fit but on the basis of reliable information. The situation now is that the investigation, assessment and judgement are all made by the same people.

The problem around the suggestion is one that has come up recently with the Standards Board for England that has taken upon itself to sit in judgement on various elected public officers, including Hizonner the Mayor of LondON and, as reported in the Booker column, numerous councillors.

Hizonner certainly has been riding the democratic horse. How dare these unelected officials suspend the chosen one of the people of London? (Strangely enough, his democratic feelings go into abeyance when the people of Chelsea, Kensington and Fulham express an uncompromising view against the extension of the congestions charge.)

Apparently, he is paying for his representation in the High Court. Other local councillors may not have quite such extensive personal funds.

The first question is whether it is reasonable to have specific standards for elected public officials that should be investigated at the very least by unelected boards between the various times when the electorate can, in theory, cast its opinion. In practice, as we know, a politician’s private sins rarely catch up with him or her at election time.

Moving on from there is the question of whether these boards or commissions are to have the power to punish any of the elected officials or merely pronounce on the behaviour and leave the punishment to the Prime Minister or the Leader of the Council. That, of course, would leave the question of Hizonner the Mayor, who has no immediate superiors and no control on his action at all, the London Assembly being little more than a charade.

It seems to me that there is nothing particularly wrong in an independent committee investigating the behaviour of an elected official, particularly as none of them seem to have the decency to resign even when they are found out. The fact that the Code of Conduct can be used by political opponents for their own purposes would not be a problem if the elected commission (like a court of law) were filled with people who could use their intelligence and common sense.

The alternative to that is to affirm a belief in an elected tyranny. Once a certain number of votes had been cast for a person, no other rules need apply until the next time those votes are cast. Being elected gives you the right to behave as badly as you see fit.

But, as the Booker column has been reporting steadily, there is a much more worrying trend and that is the Code of Conduct being used to prevent local councillors from doing the job they were elected to do, that is to represent the people who cast their votes for them.

Nobody elected Hizonner to make obnoxious and insulting comments when under the influence of whatever libation (cheap plonk) had been available at the party. Nobody elected Tessa Jowell to sign mortgage documents that involve questionable sources of money.

Councillors, on the other hand, have been elected specifically to speak for the people in matters of planning, building and so on, and to prevent them from doing so is the very negation of accountable democracy.

It is, in fact, a further development of a trend we have seen with the European Union and, consequently, aspects of British legislation. Most clearly it is seen in the London Assembly, which, as we have pointed out before, has no duty or purpose whatsoever. Clearly, local councils are being forced down the same path.

It is, to put it simply, governance by management and not by politics. Elected political bodies are seen as being similar to management boards. Being part of one means that your loyalty must be to it, not to the people who elect you. They become little more than staff, customers or some other, special, group of outsiders, whose particular view must not be taken into account during deliberations.

This has nothing to do with conduct becoming or unbecoming in elected representatives but much more to do with the notion that the people, whether as individual voters, villages or towns, or the electorate of the country cannot and should not be involved in the legislative or regulatory process.