I could care less 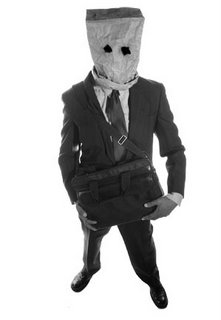 In the ultimate descent into farce, the EU commission has now announced that it is setting up a fund "to help European workers cope with the hazards of globalisation". Says, José Manuel Barroso, El presidente, "we want to show that the EU cares".

Barroso adds that the fund would counter a recurring claim made by national politicians faced with economic tensions that: "We are the good ones and the EU are the bad ones."

So this is the deal folks: we (the commission) take money from you, the taxpayers of the member states, to pay out workers made redundant because their employers are rendered uncompetitive by EU regulation, all so we can be called the "good guys". In Euro-speak, of course, this translates into: "highlighting the solidarity principles and social dimension of the European Union". Yea…

Mind you, already the rats are gnawing away at the "principle". The Financial Times observes that "it was hard to establish… how the much-hyped EU globalisation and adjustment fund would boost European employment, given its limited budget, protracted application procedures and confusing criteria for allocating the money."

It seems that Brussels will only have €500m to hand out, which will pay a mere 50,000 workers made redundant by the effects of globalisation, plus an amount for re-training and other goodies. 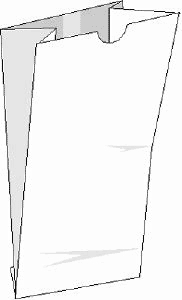 This is almost as bad as the Boy King's ideas enunciated yesterday which both my colleague and I have been trying to avoid reporting, not least as we both now tend to vomit when we hear those dulcet tones pronounce, yet again, "Modern Compassionate Conservatism".

Anyway, while the Commission was planning to spend OPM (other people's money), the Boy King was setting out his vision of "modern compassionate Conservatism"… aaaarrrrrgghhhhhh, and "spelling out the aims and values of the Party he plans to lead to victory at the next general election."

Entitled, Built to last - although he didn’t say how long – his speech could easily have come from the commission.

The aims of the (modern compassionate Conservative) Party, he says, "are to improve the quality of life for everyone through a dynamic economy, where thriving businesses create jobs, wealth and opportunity; a strong society, where families, communities and nation create secure foundations on which people can build their lives; and a sustainable environment, where the beauty of our surroundings are enhanced and the future of the planet is protected."

Being a family blog, I cannot repeat the words I used to my colleague to describe my reaction, but it went along the lines of saying that it was no business of the Boy King or anyone else to strive to "improve the quality of life for everyone".

The purpose of government is to facilitate an environment where we, the people, can get on with doing just that. And since virtually everything the government does, it does badly at considerable cost, the best way government can "facilitate" is by doing as little as possible and getting out of our faces.

But, like Barroso, the Boy King, wants to show he cares. If you really, really want to know what he cares so passionately about, you can read the rest of the speech yourself. Unlike Barroso, I could care less.