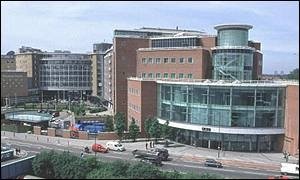 Well, not as long as we have the licence fee, now reclassified correctly as a tax. But the justification for it is fading.

According to this morning’s Guardian the BBC is losing viewers extremely fast.

“Buffeted by greater competition from digital rivals, BBC1 sunk to its lowest ever peak-time ratings on Wednesday night as a combination of Davina McCall and Panorama failed to woo viewers. On average just one in six of those watching television at the time were tuned in to BBC1 between 6pm and 10.30pm, the channel's worst evening ratings.

The Beeb instantly went into public service mode, saying rather huffily that it had to schedule its Panorama programme about the shooting of Jean Charles de Menezes at peak time when it was not likely to attract a high proportion of viewers. That’s as may be. Without being unberably old (don’t snigger, please) I can recall a time when Panorama was the must-see programme for all those interested in current affairs.

Partly Panorama’s quality has gone down but, also, people are more aware that they do not have to swallow the BBC’s pap unquestioningly. And, in any case, Davina McCall? How do you justify that as public service?

ITV1 is also losing viewers and advertisers, though they are making up on the income through various spin-offs.

“To offset audience fragmentation the BBC has already invested hundreds of millions in BBC3 and BBC4. Later this month ITV will launch a children's channel, while the interactive quiz channel ITV Play will join ITV2, ITV3 and ITV4 later this year.”

All of which may or may not work. As Tessa Jowell (no, not her husband this time) has said this week, seven out ten homes in Britain has at least one digital TV set. And as yet, there is no calculation of how many people download programmes through their computer.

There is one problem. ITV lives off advertising and it can launch whatever it likes. If the channels and programmes do not take off, the advertisers will go somewhere else. But on what grounds is the BBC investing hundreds of millions in channels that may or may not work?

The problem remains the same: even if you never watch BBC or tune in very rarely, you still have to pay what amounts to a tax on TV ownership. As far as British broadcasting is concerned, competition remains a dirty word, no matter what the viewers might think. Then again, they could stop paying the licence fee.