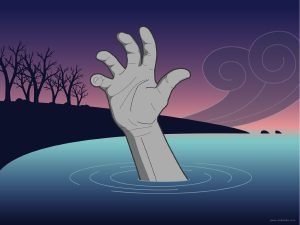 To fuel this blog, each morning and many times through the day, we look through endless numbers of websites and news reports, plus an increasing number of e-mails sent by readers, either enclosing information of interest, or links to sites of interest.

Stuff of special interest I download and paste onto a single Word file, which I then use as the immediate source material, selecting from it the specific topics that get turned into postings.

Invariably, for a variety of reasons – not least, infuriatingly, there are only 24 hours in the day - much material is unused. Eventually, the file accumulates so much material that its is no longer workable and feel I am drowning. Only then do I save it, as "spare material" and start a fresh file. So far, I have 42 such files saved.

This current file, running to 82 pages on screen and soon to become number 43 in my "spare material collection" contains so much of interest that I am reluctant to consign it to the dustbin of my hard drive, so I am going to attempt an experiment, composing a compendium posting that picks up all sorts of bits and pieces, without a common theme.

The first is an unreported adjournment debate yesterday in the House of Commons, secured by Ian Liddle-Grainger, Conservative MP for Bridgewater. He, like this Blog, is concerned at the closure of the former Royal Ordnance factory at Bridgewater in Somerset, the last remaining military explosives manufacturers in the UK, leaving our armed forces, in our view, dangerously reliant on offshore suppliers. 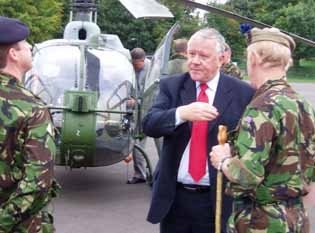 From the record, it looks like there were only three MPs in the chamber, including Liddle-Grainger, one other being the minister who had to be there to respond. He was Adam Ingram, minister of state for defence, who dismissed concerns about off-shoring, saying that this was purely a commercial decision by BAE Systems, whom the government had consulted and been told that there was no problem about supplies.

Ingram concluded, "I do not think for a moment that the defence of the realm is threatened by what we are seeking to do." So that's all right then – we can go back to sleep on that one. Our wise and benevolent government is on the case, looking after out interests.

Next on the list, coincidentally about defence, is a story I picked up from Flight International, reporting on a French government recommendation that Unmanned Aerial Vehicles should be brought into mainstream defence budgets.

This is one of those stories that actually is important, even though I can't quite put a handle on the exact significance at the moment, but there is a strong reference to the Neuron programme.

I have my strong suspicions that this is the next major area of UK involvement in a European defence co-operation and the particular point of interest is that the French government is calling for current European UAV projects to be run by the European Defence Agency and focusing on command, control and communications systems. As there is strong British interest in this issue, this is definitely one to watch.

The full French government report is in French, for those that can be bothered to wade through it.

Flight International, in a separate piece, also informs us that an early candidate for European Defence Agency funds could be a study into the needs of a new common attack helicopter for Europe, which could lead eventually to production. This, I have seen reported nowhere else, but it suggests that there is a lot going on behind the scenes which is not being followed by the MSM – quelle surprise. 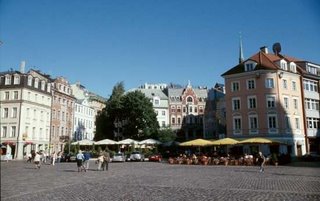 On a completely different tack, the Latvians seem to be wingeing about the effects of their membership of the EU. The country is still the poorest country in the EU, with the lowest average wage and that is the reason tens of thousands of its citizens have left to work abroad - mostly going to Ireland and the UK, where they can earn as much in a week as they earn in a month back home.

It is estimated that 50,000 Latvians, out of a population of 2.3 million, have left in search of work. Now, Latvian employers say they are already having trouble filling jobs, and they are worried that as more EU countries open up to Latvian workers, the country will lose its most valuable asset, - its low-cost workforce. Some of them now say they have started to wish something they have never wished for before: that the EU would close its doors to Latvian workers.

Amusingly – or not – the Irish might agree. Not only does Latvia, with 44,451 road traffic accidents in 2004, lead the EU table for deaths per head of population but, according to the Irish Examiner, Latvians are exporting their bad habits to Ireland.

A disproportionate number in Ireland have been implicated in crime ranging from murders to extortion and gang warfare among Latvian workers, while the Gardaí say about a fifth of road deaths in the last year on Irish roads were Eastern Europeans and a large number of these were from Latvia.

The problem has also been noted in the UK and more generally in Europe, hence M. Jacques "Wheel" Barrot's desire to extend the grip of the EU commission's road safety policies, giving a cross-border tinge to speed enforcement.

Thus it was at the end of February that Reuters reported that people driving while abroad accounted for an average of 35 percent of the speeding tickets issued in 2004. "As it stands," moans Barrot, "there is no real legislation in this area and many drivers when they are abroad drive in the belief that they will not face prosecution."

When it comes to moaning, it seems that the Austrian are also joining in – or some of them - with the English language online journal
Hurriyet telling us that Austria's right-wing Freedom Party has launched a petition aimed, among other things, at vetoing Turkey's entry into the EU.

The party's goal is to collect a minimum of 100,000 signatures which then would oblige the country's parliament to debate the issue. During a week of campaigning under the slogan "Osterrich bleib frei" [Keep Austria free], the Freedom Party, led by Hans-Christian Strache, will call on Austria's six million voters to sign the appeal.

It reminds us that popular support for the EU is the lowest in Austria among the 25 member states. In a December poll, only a quarter of the respondents described membership of the EU as a good thing for the country.

Back to defence for a brief moment, I did consider doing a long post about the Tory claims that the Falklands was at risk from another Argentinean invasion, a prospect that was immediately shot down by Mike Summers, from the Falklands Island Council, who said the possibility was "almost laughable". One really does wonder about the Tories sometimes. This is their way of tackling "defence cuts", but they will not engage on the European defence agenda, and the fact that our armed forces are not so much being cut as re-shaped to conform with the plans for a European Rapid Reaction Force.

That brings us to another completely different story, this time the Greeks are having a moan… everybody is moaning it seems. But I enjoyed this story, recorded in Ekathimerini, with the headline, "It is time to look carefully at how EU money is spent".

"It seems", writes the journal, "that it is our fate to ignore the substance of an issue and waste our energy on secondary matters." Amen to that, and Amen again. That seems to describe our more general predicament, although this particular complaint is about the EU-sponsored Community Support Framework over the past 20 years is no exception to the rule. Greece is the only country that has constantly failed to draft any comprehensive review of projects built with EU funds — let alone a comparison of implemented projects against budgeted ones.

Talking of spending EU money, the Belgian government is to spend $240 million on a new "glowing" headquarters for EU. This we learn courtesy of Business Week, which tells us that "European leaders will now have meetings in a lantern-like building that uses both translucent and transparent glass".

A design has been selected for a new meeting space for the European Union in Brussels. The building will supplement the adjacent 1927 Palace Complex, designed by architect Michel Polak, which now serves as EU Council headquarters. The 645,000-square-foot building will include a press briefing room, a conference room for 250 people, 28 translation booths, and a dining room for 50 guests. Samyn and Partners principal Phillippe Samyn describes the box-like building as a "lantern," due to its glowing, glass-box appearance, created by façade layers of both translucent and transparent glass.

The programmatic area – whatever that is - will occupy a bulbous, multi-storied cylinder in the center of the box, and a dynamic lighting scheme will change the color of the glowing lantern at night. The structure will be steel-and-concrete composite construction. Sunlight will enter the private main meeting hall through skylights in the centre of its ceiling. This hall will be enclosed by a double-skinned facade, of which the outer skin will include a number of oak-frame windows, which will come from the 25 countries in the union. This, we are told, will gesture toward the "incredible cultural patchwork" of Europe.

What more does one say? You can't actually beat that for a pay-off but, if you have a moment, have a look here at one seriously brave lady. Worth watching.

Let me know if you like this compendium piece and, if you do, I'll think about doing them fairly regularly.