We cannot afford to be so generous 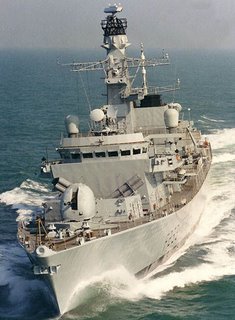 One of those alarming statistics which bodes ill for the future of this country is that stark fact that manufacturing job losses since 1997, the start of the Blair reign, have now passed the one million-mark.

Few, however, would make the connection between this dramatic decline and a piece of news drifted out by the MoD at the end of last month, a self-congratulatory release which announced that the Royal Navy had taken delivery of a new naval sonar system five months ahead of schedule.

This - for the techies – is the Sonar 2087, a towed array Low Frequency Active Variable Depth Sonar which is capable of detecting a new generation of increasingly stealthy submarines which often operate close to shore - making them very hard to detect. It is rated as "one of the most advanced and capable sonars in the world" and is to be fitted to six of the Royal Navy's fleet of Duke Class Type 23 frigates.

So much for the techie stuff but it is the story behind the development of this equipment that makes for a puzzling – if not disturbing – example of how British expertise is being sold out, at taxpayers' expense, costing jobs and valuable income, from which the only beneficiaries seem to be our European "partners" – in this case, the French.

The project itself, according to official sources, stems from a defence staff target approved in April 1994 with development and manufacture contracts, worth £340 million, awarded in April 2001 to Thomson Marconi Sonar Ltd (TMSL).

At this time, the ownership of TMLS was shared between French-owned Thales UK (formerly Thomson-CSF UK Ltd) and BAE Systems (with 49.9 percent) and the equipment was set to be built in Britain, exclusively for the Royal Navy. International collaboration was ruled out because of the unique UK requirements and the constraints of the Type 23 Frigates, to which the sonar was to be fitted.

Yet, despite the award of this lucrative contract three months earlier, in July 2001 BAE Systems, through an options agreement, forced Thales to take up its 49.9 percent share in TMSL - apparently with government approval. This is the time when BAE Systems was completing its arrangements with EADS to form Airbus, and one can only assume that the company was seeking to increase its liquidity in order to fund its share.

Nevertheless, the development of the sonar proceeded apace and, in fact, was delivered and completed its trials early. It has now just entered service – hence the MoD announcement. So far so good. UK taxpayers have funded the development of a world-class sonar system – at some considerable expense - and, as far as we can judge, have got a reasonable return for their money. 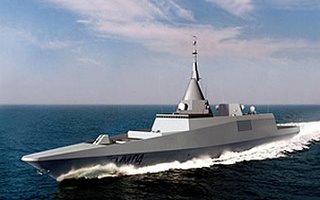 But, its seems, Thales gets even better deal. Entirely separately, the French and Italians are building 27 frigates under the so-called FREMM project. Needless to say, the anti-submarine versions need a world-class sonar which, surprise, surprise, is to be supplied by Thales.

And says the company, a variant of the 2087 sonar will equip these ships, "a fine example of cross-programme synergy".

Thus we have a situation redolent of the Watchkeeper UAV programme, on which we reported last month - also awarded to Thales – where the British taxpayer is funding the development, only for the company to offer it to the French government.

This once again demonstrates the leakage of technology from the UK to France but, just as bad, it means that instead of an export opportunity for British industry, a potentially valuable contract is being fulfilled in France, by French workers – using British know-how funded by the British taxpayer.

One hesitates to make the obvious political point – like, such are the advantages of the Single Market – as there are clearly more complex issues involved. But the situation rather reinforces the question we posed at the end of last month: Where did we go wrong?

Whatever else, we cannot afford to be so generous.