Bukovsky ought to know better 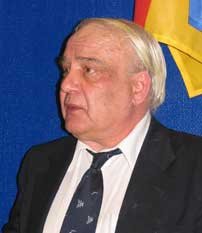 Vladimir Bukovsky has been a heroic figure in all of our lives for some decades. Even if one was on the periphery of helping Soviet dissidents you could not avoid knowing about his fight, his imprisonment, his stay in psychiatric hospitals and, finally, his exchange for the Chilean Communist leader Luis Corvàlan.

Bukovsky in Britain settled in Cambridge and studied biology. He wrote an excellent autobiography “To Build a Castle” and appeared in the media and at meetings, explaining the details of the Soviet system to the sometimes incredulous audience.

He kept in touch with dissidents both inside the Soviet Union and outside, thus gleaning a great deal of information which he tirelessly tried to broadcast.

After the fall of the Soviet Union and the opening up of the archives (mostly closed again) Bukovsky acquired a new purpose – to collect as much information as possible about Soviet crimes and to publish them in the West. Like so many of us, he was constantly frustrated by the continuing blockage placed on that by the largely left-leaning western media. But he did succeed to some extent.

Somewhere in that period came the event that he keeps referring to, his supposed understanding that the EU as a federal state was an entirely Soviet invention, put together by Mikhail Gorbachev and various left-wing and Communist Western politicians.

Here, I am afraid, we run into a difficulty and that is Vladimir Bukovsky’s almost complete ignorance of how the EU was constructed and how it works.

The first time I became aware of his interest in the EU and its Soviet “roots” and “connections” was some years ago, when I was working at the European Foundation. One day my colleague, David Matthews, received a letter from Bukovsky with a list of questions and demands for information that would show that the European Union was simply a new version of the Soviet Union.

The work he wanted David to do was extensive and without any offer of remuneration, having various other tasks to perform, the latter refused. It would appear that Bukovsky went ahead in the construction of his theories without the necessary research.

A few years later word started getting round that Bukovsky had a completely new theory, backed by an astonishing amount of documentary evidence, of the roots of the European Union.

He gave talks on the subject and produced papers. The gist of it was the same: the EU is a Soviet creation, whose purpose is to recreate a socialist utopia in Europe. Why that should be an issue for people who, by the late eighties, ceased to believe in socialism, remained a mystery.

So taken was Bukovsky with this theory that he tried to fit the Yugoslav war into his schema. According to this the EU was determined to destroy Milosevic because he was producing a rival version of socialism. An interesting idea, if one ignores the many years during which the EU and its member states supported Milosevic in his attempt to hold Yugoslavia together by whatever means he found necessary.

Another couple of years later I was given the Russian paper that he and his colleague Pavel Stroilov put together. (Yes, nasty little Englander that I am, I could read it in Russian.)

What surprised me was the complete lack of anything interesting in the quoted documents that Stroilov is supposed to have brought out with great difficulty. Discussions between Soviet leaders and Western Communists about how to keep the parties going in the West did not strike me as anything new. Who doesn’t know that the Western parties were run from Moscow? Who can fail to understand that the winding up of the USSR presented its henchmen abroad with serious difficulties?

Nowhere did I see any indication that there was any serious interest in Moscow in the EU or, as it was in the eighties, the EC. Well, maybe I missed some things. One does glaze over reading transcripts of conversations between Communist leaders.

Anyhow, the paper was translated and duly published to be taken up by various people, mostly within the eurosceptic movement but also one or two outside it. Periodically, one is told that it must be true that the European Union is just like the Soviet Union because Vladimir Bukovsky says so. The fact that he says so on the basis of very inadequate knowledge does not seem to matter.

And, of course, there is the amazing theory that the EU would not even exist in its present form if it had not been decided on in the eighties in old Moscow, in the Kremlin, as the rather irreverent song about the Nazi-Soviet Pact had it.

I may add that about a year ago I raised this matter with Bukovsky himself. Did he really believe that the ideas of the EU had not existed until the late eighties? He hummed and hae-d a bit and sort of agreed that there was some point in what I was saying but did not bother to listen to much of what anybody was saying. 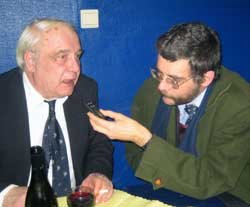 Bukovsky used the opportunity to make a speech and to give an interview to Brussels Journal, which, rather breathlessly and uncritically published all his pronouncements.

So what are we to make of this:

“These documents show very clearly that the whole idea of turning the European common market into a federal state was agreed between the left-wing parties of Europe and Moscow as a joint project which [Soviet leader Mikhail] Gorbachev in 1988-89 called our “common European home”.”

Only someone who has never heard of Jean Monnet, Alterio Spinelli and the other founding fathers can actually believe that. Brussels Journal, on the other hand, ought to have known better.

It seems that Giscard d’Estaing did know better because he warned Gorbachev that in fifteen years’ time Europe will be a federal state. How the hell did he know that, asks Bukovsky. The Maastricht Treaty had not even been drafted. Must be a conspiracy, though it is not clear, whose, the French or the Soviet president’s.

Well, now, of course, Europe is not a federal state and the aim is to create a more or less unitary one with some federal aspects. And the idea has been around for a very long time, since between the wars and certainly since the Second World War. M Giscard was showing a knowledge of the theory of European integration that seems to have escaped Mr Bukovsky.

Then again, the Maastricht Treaty may not have been drafted but the Single European Act was already in place with the former foreshadowed. In fact, they are really two parts of one treaty, divided up in order to make the whole process more palatable.

Then the interview gets into the details, some reasonably accurate, some more fanciful of the parallels between the EU and the SU. The truth is, as another and much better commentator once said to me, all these systems come from the same matrix of ideas. So there are similarities.

In more detail, you can certainly draw parallels between the Commission and the Politburo and the European Parliament and the Supreme Soviet, though even the EP has occasional flashes of bloody-mindedness. Well, at least, some of the members do.

Of course, there is the minor matter of elections but we shall let that pass. There is also the minor matter that legislation is done very differently in the European Union from the Soviet Union and the not so minor matter of the position of the party in the latter. The fact the both entities have an ideology does not make up for that. (In another posting I shall try to analyze the differences in the ideology.)

Then again, there may be certain socialist ideas somewhere in the make-up of the EU, but it is really more centralized, bureaucratic and protectionist than outright socialist. Land is not being confiscated, business is in private hands and by no stretch of the imagination can the 80,000 pages of regulations be described as a Gosplan. Bukovsky ought to know better.

Finally, what of the Gulag? Given Bukovsky’s experiences, that should figure strongly in his analysis.

He is rightly worried about Europol and about the European Arrest Warrant, though he does not refer to it by name. But even he has to admit that this is not yet the KGB. So, in the end, there is only one thing: people are being persecuted for not saying the politically correct things. That is, of course, outrageous. But a man who has been through Soviet prisons, labour camps and psychiatric hospitals should be careful with his comparisons.

The trouble with all this and the subsequent rather vague warnings against this, that and the other is that there is a kernel of truth in it and one needs to see the dangers of the European Union. But we are engaged in a war of ideas and the first thing we must do is to understand the enemy. I am afraid Mr Bukovsky, much as one admires him in other ways, is no help in that.