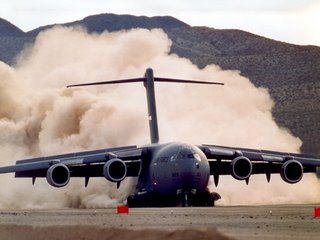 In August last and then again in September, we noted how Australia was moving further and further away from her historic ties with the United Kingdom and Europe in general. Gradually, Australia is getting ever closer, militarily and in other ways, to the United States – part of an informal alliance which my colleague terms the Anglosphere.

Further evidence of this gradual re-alignment is conveyed by DefenseNews which this week reports that the Australian Department of Defence is to spend $2 billion Australian to buy up to four Boeing C-17 Globemaster III military transports.

What is especially significant about this is that the C-17 was chosen instead of the Airbus A400M, which is to be adopted by the UK as its primary airlifter. Airbus Military had, in fact, pitched a package of industry involvement measures to Australia, but this was not enough to win the sale. 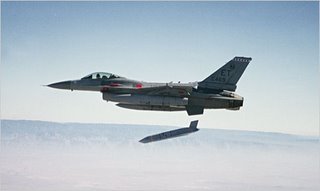 In addition to their C-17 purchase, the RAAF is also to by Lockheed Martin's AGM-158 Joint Air-to-Surface Stand-off Missile (JASSM). The new weapon will arm its F/A-18 Hornet fighters by December 2009, and eventually its F-35A Joint Strike Fighters, another indication of a closer alliance between the US and Australia.

The Australians had originally evaluated a range missiles in 1999, including the Scalp EG/Storm Shadow, but the project was shelved in 2000 due to budget problems. Second time round, the marketing company, EADS-LFK, was not even in the bidding. 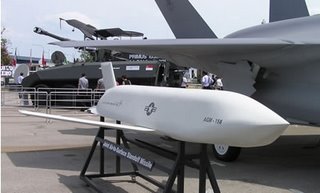 Returning to the C-17 contract, one of the reasons given for their purchase is that these aircraft are able to transport the US-built M-1 Abrams tanks that the Australian Army has bought – yet more evidence of an alignment away from Europe, as they replace German-built Leopards.

In a statement justifying that purchase - the datail of which puts our own MoD to shame – the government noted that the tanks would be very similar to the remainder of the large user community. It is part, it said, of a large fleet with stable, known operating costs, which will be in service beyond 2020. The tanks would be configured as part of a fleet of 3,500 similar vehicles across the world and be very similar to over 2,500 vehicles operated by the US to at least 2020.

These are precisely the reasons why the UK should be buying some if its equipment from the US – where it is unable to build its own – rather than buying unproven weapons produced in far smaller quantities from our European "partners".

One other thing we could perhaps learn from the Australians was a scheme recorded by Defense Industry Daily to address the problem of parliamentary ignorance of matters military. 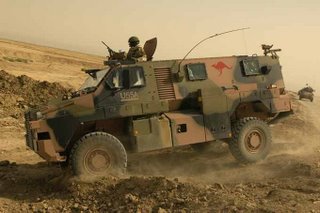 About 30 years ago, approximately 40 percent of federal parliamentarians had served in the Australian Defence Forces (ADF), but in 2001 that figure was no more than five percent. Thus was created the Australian Defence Force Parliamentary Program (ADFPP) which gives Senators and Members of Parliament a taste of what it is like to serve in the ADF, as well as providing an exchange program for the attachment of ADF members to Members' and Senators' offices.

The programme offers Parliamentarians a number of ADF attachment options each year, programmed during the Autumn and Winter recesses. Eighteen different attachment options are programmed for 2006, including deployments on board Navy ships both around Australia and overseas, fast jet aircrew training, patrol and training activities and joining Security Detachment troops for their preparations before they deploy to Baghdad.

"In gaining this type of experience, parliamentarians will be able to contribute to debate on Defence and National Security issues in a more informed manner," one Senator said. Could this happen with Westminster MPs?