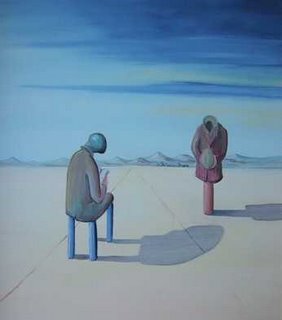 No sooner did I finish reading Philip Johnston’s article in yesterday’s Daily Telegraph, entitled Benighted laws that oppress us all than I heard news that proved his central argument to the hilt.

Mr Johnston starts with the new piece of legislation that creates “light pollution” a statutory offence and goes on to muse:

“No doubt for people irritated beyond measure by the incessant glare of a neighbour's lights, this law may prove a blessed relief, though they might be better advised to invest in a set of thick curtains first before starting proceedings that could prove costly and time-consuming.

But the reason why this law just does not feel right is that it represents yet another incursion into our daily lives. You just know that, for all the talk of turning the cities into a star-gazer's paradise, it will inevitably be used to stop people having too many Christmas tree lights, or to intercede in a row between neighbours over excessive security lighting, or to put an end to late-night floodlit tennis.

And the reason you know it is because many of the worst light pollutants are exempt from the law: airports, bus stations, road and rail transport facilities and (sensible one this) lighthouses are not covered by the new proscription.

Apparently, some campaigners' first target is not the new Heathrow Terminal Five, which lights up the horizon for about 20 miles around, but the floodlamps used to illuminate Nelson's Column in Trafalgar Square.”

Those who refuse to dim their lights can be punished by a fine of up to £50,000. I need not even go into the probably numbers of people who will be hired by local councils to deal with complaints, investigations, fines and so on.

All the while, it will clash with an EU proposal (considerably dafter) that it should become mandatory for car drivers to keep their lights on all the time, even when the sun shines brightly on pain of severe fine.

And so it goes. If it is not mercury in thermomenters, it is lead in the pipes. If it is not water it is waste disposal. I would disagree with Mr Johnston’s contention that

“Since 1997, our lives have become increasingly circumscribed by laws that are essentially about how we should live, rather than a curb on behaviour that would normally be regarded as criminal.”

The process has been going on for considerably longer than that. Where was Mr Johnston when we were fighting the Meat Hygiene Service, for instance? Or the many other regulations that were destroying small businesses, particularly food producers?

Yet one cannot argue with the central point of his article:

“Why are so many laws introduced that merely inconvenience the respectable and law-abiding majority, while almost daily, it seems, there is a horror story telling the dreadful consequences that have arisen because someone in authority has failed to keep real criminals in jail for the duration of their sentence?”

And what was the news I saw as soon as I finished reading the article? That four out of the six brutal and vicious hoodlums who have just been found guilty of kidnapping, raping and torturing two girls, then mudering one and leaving the other one for dead, had been out on probation. Not nearly as important as whether you keep your lights on in your porch or not.