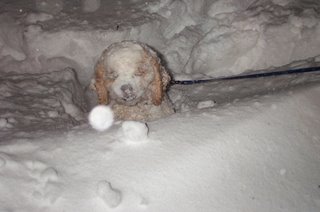 Him up there has obviously got his dates mixed up – or so it seems as we awoke to a swirling blizzard and snow drifting on the road outside. Winter has come with a vengeance. It fell to me, therefore, to despatch Mrs EU Referendum to get the newspapers and, with no prospect of anything more entertaining than a re-run of old documentaries on the television, they are able to claim our undivided attention.

The thing that strikes one, from the perspective of this blog, however, is how completely the media seems to have given up reporting on the EU. Even the Booker column is an EU-free zone this week. The organisation is hardly less relevant to our lives so it is perhaps a reflection of the drift in Brussels and its lack of any activity that could be regarded a newsworthy that accounts for the paucity of comment.

It is left to The Business, therefore, to take up the slack, which it does with an op-ed by John Blundell, director-general of the IEA, who takes a tilt at the EU under the heading, "Conspiracy at the heart of the European Union".

What is remarkable about this piece is that it is so unremittingly anti-EU it could easily have formed the heart of a UKIP leaflet – about ten years ago. Blundell, head of the organisation which paved the way to Thatcherism, has finally decided that EU is up to no good, and climbed down off the fence.

Like many converts to the cause, he has suddenly woken up to the fact that our ministers have steadily ceded their powers to what he calls "the Belgian Empire", to the extent that they are powerless in vast areas of public policy. Hence does Blundell write:

Chancellor Gordon Brown told the Labour Party conference last September:“If we are to make poverty history we must make the scandal and waste of agricultural protectionism history.” Yet what can the British Chancellor of the Exchequer actually do? He has no powers to relax the organised corruption that is the Common Agricultural Policy (CAP). If, or when, he became our Prime Minister he could still do nothing. He can mutter. He can exhort. He has no executive authority. He has no levers. The CAP cannot be dented by words. It is the creation of the Commission. It is cocooned.

He then goes on in UKIP-like fashion to add:

The conspiracy at the heart of the EU, and I'm sure that is the correct word, is to create a United States of Europe in emulation of the United States of America. This was exposed when the Dutch and French electorate rejected the idea. Yet these mishaps have not deflected the Commission from its anti-capitalist hostility to free-market spontaneity. My reservations would be diminished if the leading exponents of the EU "project" were ever frank about their grand plan.

He then admits that he scoffed at the time of the 1975 European Referendum. He regarded those who said there would be an EU currency, industrial policy and defence and foreign policy as fanciful but now suggests that the "Common Market" is a policy cul de sac from which we will eventually withdraw.

Welcome as such an utterance is, adding to a succession of bien pensants who are now expressing openly their doubts about the EU, Blundell – like others – does not appear to be in tune with current realities.

We, ourselves, are struggling. Having noted on this blog signs of a real decline in the prestige and influence of a weak commission, under the leadership of its nondescript president, we also note that there are other areas - not least defence - where integration, after a fashion, continues unabated.

What seems to be happening in the wake of the French and Duch "no" votes is a shift from the commission-orientated Monnet model of integration, to a more intergovernmentalist approach, with bi- and multi-lateral deals being made between groups of member states, the shape and structures of which are forever shifting. This is reinforced by elements of economic integration which are occurring not though government structures, but in the business conglomerates which have their own vision of a united Europe.

If anything, this makes analysis harder and clarity more difficult to achieve as tectonic plates below the surface begin to move. One thing does seem certain though – there is no likelihood in the foreseeable future that Britain will withdraw from the European Union. Privately, we joke that a more likely scenario is that every other member state will withdraw, leaving the EU with one member – Britain.

At least then we will know who to blame.