Them Frogs ain't all bad 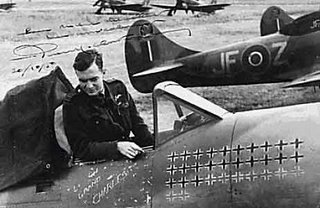 The Telegraph today records the passing of a boyhood hero of mine.

This is Pierre Clostermann, who has died aged 85, was one of the leading French fighter aces flying with the RAF during the Second World War. He flew 432 combat sorties and destroyed at least 18 aircraft in the air and on the ground. A charismatic and sometimes controversial figure, he wrote a classic account of his wartime experiences which is considered by many to be the finest aviation book to come out of the war.

I recall being transfixed by that book, first published in French as Le Grand Cirque (The Big Show). It was subsequently translated into 50 languages and sold three million copies worldwide. Marshal of the RAF Sir John Slessor described it as "a magnificent story, making one proud, not only of those French boys who fought so gallantly, but of the RAF in which they served".