The equality of wimmin 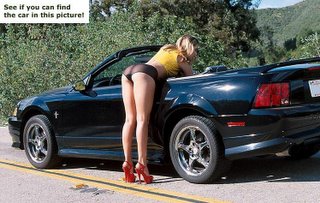 The capacity of the EU commission to capitalise on meaningless events, and then to devote its energies to fatuous, irrelevant schemes, never ceases to amaze.

Its latest wheeze, in conjunction with International Women's Day on 8 March 2006, is to get its statistical body, Eurostat, to publish tables providing information on women in the EU, showing differences and similarities with men.

In the spirit of international co-operation and helpfulness, we have published some pictures, just in case the commission is still having difficulties. The first picture is of a car.

A helpful summary by Bloomberg states that "EU Women Work More, Live Longer, Are Better Educated, Earn Less", but then, I think we knew that.

We are also told that women work more hours a day - including paid employment, study and household work - in every country surveyed except Sweden. The average life expectancy of women in the EU is 81.2 years, compared with 75.1 for men. Women, who account for more than half of university-level students in almost all EU member states, earn 15 percent less than men once in the workforce.

Women were more likely to be unemployed than men in the EU, only 32 percent of managers in the EU are female, and about a third of working women are in part-time jobs compared with 7 percent of men. The biggest gaps between men's and women's pay were in Cyprus, Estonia and Slovakia with about a 25 percent difference. The narrowest gaps were in Malta, Portugal and Belgium, at around 5 percent. 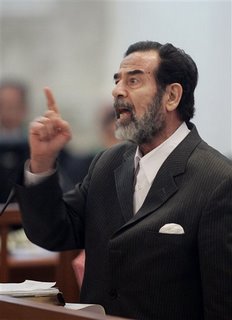 Anyhow, nothing is for nothing, and the release of these statistics is all part of the commission’s strategy to raise awareness of women's issues, not that its members are actually interested in women per se – especially Mr Mandelson.

No, the real agenda is to kick-start its stalled plans for yet another EU institution, its European Gender Institute, which was launched last year – on International Women's Day 2005 – a location for which has yet to be agreed, even though it is supposed to be up and running in January 2007.

The problem, as always, is the EU's very own version of pork-barrel politics. As EUpolitix points out, the institution comes with a €52.5m annual budget so there is much competition between member states as to which country will be awarded the dubious honour of hosting the offices.

The decidedly male social affairs commissioner, Vladimir Spidla, hints that agreement may not be in place by the time the institute opens it doors, in which case it will have to start its life in temporary lodgings in Brussels.

The original plan was for it to open in Vienna, close to where the EU’s Fundamental Rights Agency located, but the new accession states – which as yet do not have an EU institute to call their own, have been lobbying hard to relocate the body in one of the new states.

In due course, one expects this will be resolved, and the new HQ will be located in the far-flung reaches of the empire, staffed on strict gender equality lines, so far from the main corridors of power that, even if it had a useful existence, it would be unable to influence the course of events. However, at least then it (presumably) female chief executive can get an equal glimpse of the realities of the European Union.