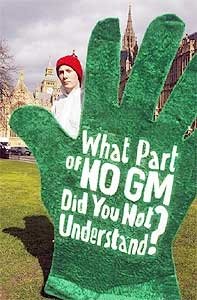 If politics is about making tough choices - as one Tony Blair, Esq keeps telling us – then there are few tougher than the issue of approving genetically modified crops. Despite people being generally content to allow GM medicines, the moment food – even animal feed – is mentioned, the greenies seem to go berserk and all sense flies out of the window.

However, much to its own regret, the approval of GM foods in EU member states is now a commission competence, which means that decisions on whether or not to authorise a particular product rests now with the EU.

This, as we have reported earlier, has led to the bizarre situation where countries which have banned the products are being dragged into the ECJ, whereupon the unelected commission is forcing their elected representatives decide to over-rule their own domestic laws, which they passed in the first place and do not wish to see overturned.

But, so heated is this issue that the commission is having second thoughts about further regulatory involvement in this field, as member states ministers begin to resist its further encroachment.

Thus, we get a report from Market Watch telling us that ministers last week "failed to agree on how to ensure the safety and authorisation of new genetically modified seeds."

Such is the unreality of the situation though that, despite the debate having gone on for decades, Austrian agriculture minister Josef Proll was able to say at the conclusion of the EU Council of Ministers meeting on Thursday that: "We are in the beginning of an interesting debate… We will continue with discussions" at other meetings. Then, exhibiting a degree of understatement normally reserved for the British, he added: "There is no straight yes or no to such a sensitive topic."

Daniel Kapp, spokesman for the Austrian Agriculture Ministry, adds to this new-found penchant for understatement by expanding on his boss’s words, saying that, "There seems to be growing discontent amongst member states over the procedures and handling of GMO approval."

Pity the poor commission which is now firmly wedged between a rock and a hard place. Its own members are resisting further regulation, while the WTO is pressing for further "liberalisation" of international trade, having ruled last month that the EU had violated trade agreements for years by making it too difficult for new types to be approved. 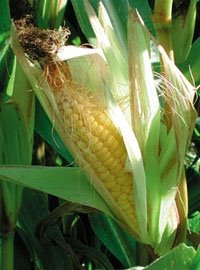 But, rather than taking the (GM) bull by the horns, on Friday the commission produced a report signalling that it was pulling back from proposing to draft "complex EU-wide safety guidelines on growing genetically modified crops". Its excuse was that "such a move was not needed as there remains only limited cultivation of such crops alongside conventional or organic crops" in the EU. Only three countries, Spain, France and Germany, grow an approved genetically-modified form of maize.

This reticence to legislate is by no means typical of the EU, but commission spokesman Philip Tod elaborated on the report, declaring that there appeared to be "no justification at this time for EU-wide legislation." The situation would continue with member states drafting their own laws and present them to the commission for approval.

Amazingly, for an organisation which has been around nearly fifty years in one form or other, environment commissioner Stavros Dimas then excused his lack of resolve by pleading that, "as with any large organisation, we are still finding our feet."

Give it another fifty years, perhaps?