A position of weakness 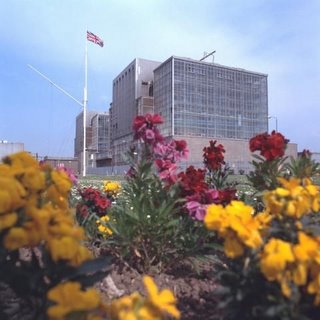 There is perhaps an amount of linkage between disparate pieces of news that have emerged lately, all on the subject of energy. Either way, the cumulative effect of the events reported certainly seem to warrant some concern.

The first news item comes via Reuters and others, reporting the views of Jonathon Porritt's "Sustainable Development Commission", which has told the government that it does not need to build a new generation of nuclear plants to meet future electricity needs.

Arch-green Porritt believes that renewable sources like wind, waves, solar and biomass, combined with increasing energy efficiency, can provide the solution to our future energy needs, albeit that these options also denote changed lifestyles.

"There are no easy options here," he says. "It is going to be a tough journey with or without nuclear power. Governments need to start changing people's mindsets on what it will be like to live in a low-carbon, oil-scarce environment."

Apparently unrelated is the news of the forthcoming EU commission White Paper on a common energy policy, due out tomorrow but widely leaked to the media – for those that can be bothered to report it.

One that paper that is bothering is the International Herald Tribune, which predicts that the commission will warn governments that they are failing to adequately curb fuel consumption and develop alternative forms of energy. This has so much in common with the Porritt line that one cannot but help see the parallels.

The commission's worry, however, is that failure to address these issues "may push Europe's reliance on foreign energy sources to dangerously high levels in coming decades", a concern that is very real – even if there are very different views on the best solutions.

EU energy commissioner, Andris Piebalgs, predictably, wants "EU energy ministers" to define a "common energy policy" although there are complaints that he has missed the opportunity to deal with consumption issues, like the automobile's pre-eminence and the industrial sector - Europe's two largest users of energy.

We are told that he has also avoided looking at attempts by France, Spain and others to shield their companies from foreign bids to create national energy champions. Instead, it seems, the commission presents a largely grim assessment of Europe's growing demand, warning that "around 70 percent of the Union's energy requirements, compared to 50 percent today, will be met by imported products."

Worryingly, the very serious prospect of an energy crisis in Europe is being used – once again – as an argument for further integration, with the Greens and the European Free Alliance in the European Parliament arguing that "It is not possible to build a European market while leaving competition control on the national level".

From a British perspective, though, the indications are that the current inertia on energy policy is driving the nation into the arms of a common European policy, which Blair is said to favour.

Even the likes of James Lovelock argue that the only realistic way to stave off a crisis is to go nuclear but, if the government follows the Porritt line – which seems, as we have observed – mirrors commission thinking, then we will be forced increasingly to rely on European suppliers for core energy needs – not least France, which seems to have no worries about developing the next generation of nuclear power stations.

Already, we have seen the baleful effect of over-reliance on European energy sources, with Sir Roy Gardner, chief executive of British Gas group Centrica, telling the Independent on Sunday that the European energy market of adding millions of pounds to UK fuel bills this winter.

The antidote to this is to develop a robust system of domestic electricity generation, but the government seems reluctant to grasp this nettle. Blair seems content to allow us to drift into a position of weakness, viz-à-viz our Continental "partners", adopting a policy far too much like Sweden for comfort. Those with a conspiratorial bent might wonder whether he is doing it deliberately.