An exercise in futility? 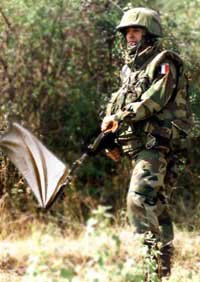 After its stunning victory over the tumultuous question of VAT on hairdressers and restaurant meals, France has acquired a taste for blood.

Thus emboldened, or so the Financial Times tells us, the Gallic Hords are now "mooting the idea" of descending on Brussels to demand a restoration of national sovereignty on VAT.

Senior French officials have told European journalists that the hairdressers and restauranters raised questions about the EU's role in tax policy. "If we want to cut our value added tax we need unanimous agreement," said one.

For the moment, however, France is planning to take up the issue with Austria – there's daring for you – intending to argue at a conference at St Pölten in April that the principle of "subsidiarity" should apply to VAT.

Pity the French! Don’t they know that, under the doctrine of subsidiarity, it is the central authority, not the subordinate entity, that decides when it should apply. And, of course, to change the rules, that central authority – the EU commission – must decide first to table a proposal, which it cannot be made to do.

It rather looks as if France, therefore, will end up doing its usual flag-waving exercise.