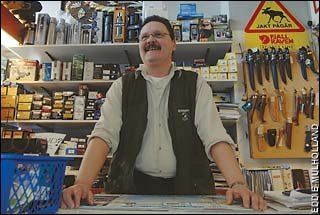 From today’s Telegraph comes a salutary story about the Finnish Aland archipelago in the Baltic Sea.

When Finland joined the EU in 1995, inhabitants of Aland were assured their hunting was safe. Some 70 per cent voted yes to entry in their own referendum. Yet the European Court of Justice in Luxembourg has declared most spring hunting illegal.

Mr Alf-Erik Carlsson, a hunting shop manager, voted "yes" but has been stunned at the EU's reach into everyday life. "I thought it would be only an economic matter. I never thought they would control hunting on Aland," he said.

And ain't that the truth. What is it they say, "act in haste, repent at leisure"?