Whom does London House represent in Brussels? 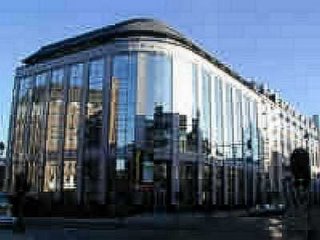 As Hizonner the Mayor of LondON plans to open London Houses in Moscow, Beijing and Shanghai, it is it is interesting to note the record of London House in Brussels, already in existence and costing the London taxpayer three quarters of a million pounds a year.

Unfortunately, in response to any detailed questions, London House has consistently informed the One London Group that it actually represents and lobbies on behalf of its “office partners”. These are the Mayor, Transport for London (TfL), the London Development Agency (LDA), the London Fire and Emergency Planning Authority (LFEPA) and the London NHS. No sign here of “London’s interest”.

In fact, last year One London did try to find out if London House had lobbied against the revision of the Working Time Directive, which was opposed by London businesses and business organizations, and were told that this could not be done.

“On an issue such as this, where the Mayor has taken a view, we would certainly not lobby against that view, as we are staff of the Mayor’s Office.”

A cosy sort of an idea: the taxpayer pays and the Mayor uses the office as his own personal representatives. One wonders how this will play out in Moscow, Beijing and Shanghai.