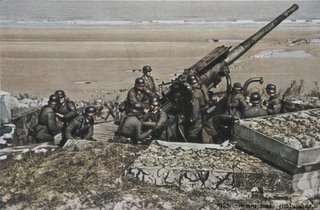 Two good articles in The Telegraph today (don't get excited – they're in the business section), one headed 'Fortress Europe' under attack and the other, by Ambrose Evans-Pritchard bearing the headline: Spain toys with protectionism.

The first story homes in on criticisms from "British MPs" who complain that European countries are behaving "foolishly and disgracefully" by using anticompetitive legislation to protect their biggest companies from foreign takeovers.

This criticism comes in the wake of a spate of foreign takeovers of large British businesses such as mobile phone company O2, ports operator P&O, plasterboard maker BPB and logistics firm Exel, while Spanish prime minister Jose Luis Rodriguez Zapatero is considering the use of a "golden share" - or other measures - to block a €29.1bn (£19.9bn) bid by German utility E.on for Spanish power company Endesa.

Additionally, France has brought in a new "poison pill" law to raise the cost of hostile bids and try to force companies to merge on a friendly basis. This is a move that has been condemned as an "atomic weapon" by French legal experts. Charlie McCreevy, the EU's single market commissioner, agrees, saying it was "contrary to the spirit of the movement of capital".

Ambrose Evans-Pritchard picks up the Spanish practices, giving more detail on the bid for Endesa, and adds that Poland is blocking a takeover of Bank BPH by Italy's Unicredit in defiance of Brussels. The moves, writes Ambrose, make a mockery of the EU's Lisbon agenda to close the economic gap with America by tearing down barriers.

He also cites Zapatero saying that his government would respect commercial practice in the E.On bid but only where this could be reconciled with "national interest". "Markets are very important but the citizens are even more important," the prime minister has declared. "Germany may be interested in having big national companies: so is Spain," he adds, insisting that Spanish energy holdings at home and abroad were a matter of legitimate "state interest".

We are left with Charlie McCreevy crying in his cups, saying that he was dismayed by the drift back towards rigged markets, and complaining that Europe risked degenerating into a protectionist backwater. He is backed up by Paul Hofheinz, head of the free-market Lisbon Council in Brussels, warning that the EU was facing a resurgence of "economic nationalism".

Whichever way you cut it, this does not bode well for the European dream. Faced with the reality of European economic integration, one by one the "colleagues" are diving for their national bunkers and manning the guns on the sea walls.