An erosion of consent 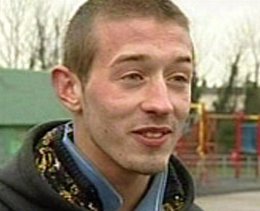 It was on 5 February, two days after the Muslim demonstration in London when the nation was scandalised by the hate-filled placards paraded through the streets, that we wrote a piece contrasting the lack of action by the police in this instance, compared with their rigorous and sometime ludicrous application of the law elsewhere.

We cited the infamous case of the student prosecuted for calling a police horse "gay", the motorists who had been fined for making gestures at speed cameras, and even the case of John Banda, the 74-year old Zambian accountant, devout Christian and formerly treasurer of the United Church of Zambia, who had been cautioned by police for reciting quotations from the New Testament in public.

It is now nearly three weeks after the demonstration in London. No arrests have been made and there is no indication that the police intend to take any action at all. Yet, today, reported by the BBC and others is the case of a teenager who has been fined £80 for swearing in public.

This is Kurt Walker, 18, from Deal, Kent, who was issued a fixed-penalty notice after he used the F-word to a group of friends he met in the park. He was on his way to a youth centre where he works as a volunteer when he stopped to talk to friends. "One of my mates said, 'What have you been up to', and I swore when I replied," he said. He was then approached by a female police officer who "slapped on the fine and walked off".

The fine was apparently for breach of the Public Order Act, the fixed penalty notice being issued under the Anti Social Behaviour Act 2003.

One can have a little sympathy with the police officer in dealing with a self-confessed foul-mouthed youth but, clearly she gave very little thought to the inevitable comparisons that would be made between her action and the treatment of the Muslim demonstrators. 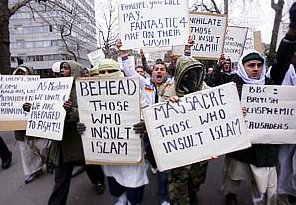 That comparison underlines one of the key issues in the ongoing debate about Muslim militancy in the UK. What is coming over very clear is that the militant rabble is very much a minority and does not enjoy the support of even the broader Muslim community, much less the rest of the population.

What offends, therefore, is not only the activities of this rabble but the seeming inability of the authorities – the politicians and the police – to deal with them, contrasted with the imposition of an increasingly intrusive and draconian regime on the rest of the population.

This is but one symptom of a growing divide between what we have come to call the "ruling élite" and the rest of the population, the enthusiasm of that same élite for our membership of the European Union being another.

At that level, we can compare the tolerance by our own authorities of placards inciting murder and the EU's latest initiative to ban mercury-in-glass thermometers. In the fullness of time, it will become a criminal offence to manufacture or sell these useful instruments, yet incitement to murder on the streets of London is condoned by our own police - as long as you are a Muslim.

More and more, we find we cannot pigeonhole these apparently distinct issues. The contrasts we have illustrated are all part of a continuum which highlight the increasing gulf between the ruling classes and those whom they seek to govern. Gradually, the doctrine of rule by consent is being eroded, and the treatment of Kurt Walker is but another example of that phenomenon.