Consigned to the margins 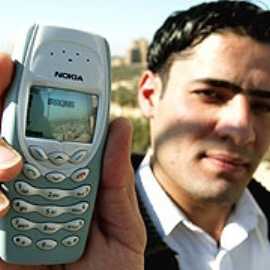 A remarkable piece in the Washington Post today points up a remarkable phenomenon with staggeringly profound implications.

Nevertheless, the piece itself is a routine bit of journalism. It reports how a Muslim demonstration on Saturday, in Copenhagen's City Hall Square, was triggered by a rumour that that Danish people were planning to burn the Koran. But the fascinating thing was that the "news" was spread not by any of the conventional conduits of information but by a combination of e-mails, sms texting and blogs.

With the messages being received as far away as the Gaza Strip and later recounted on al-Jazeera satellite television. This, observes the Washington Post, illustrates how modern digital technology helped turn an incident in tiny Denmark into a uniting cause for protesters around the world in days or even hours. A new generation of technology has taken hold, doing for the speed and scope of global communication what airplanes did for travel. 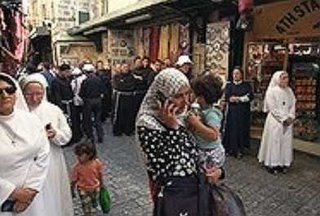 Crucially, with alternative media being used, the authorities and the MSM were completely unaware of what was going down, with the information being transmitted so quickly that, as Danish prime minister Anders Fogh Rasmussen later admitted, it was "picked up and acted upon before we have a chance to correct it."

Nor is this by any means the first time that these alternative conduits have been used. E-mails, blogs and text messages were central to the campaign to boycott of Danish goods in Arab countries and a "Buy Danish" campaign in the United States. Text messages were used to organize anti-Danish protests in Brussels, while Canada's largest Muslim umbrella group sent e-mails to 300,000 members urging them to avoid such demonstrations. Text messages and blogs were also used to organize protests during violent unrest in Paris last autumn.

"These messages are now part of the conflict," says Manu Sareen, a member of the Copenhagen City Council." 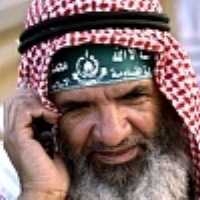 The use of this communications technology has also been observed by US intelligence in Iraq. Insurgents, it seems, are no longer emplying the "traditional" cell structure, as adopted by the Frech resistance – with each cell having one person linking to the next - but are relying on web sits to convey instructions and information to their members.

The central point, though – and the one which has the most profound implications - is that the MSM is out of the loop, which has startling ramifactions for society as a whole.

Firstly, for people whose job it is to take the temperature of the nation, such as Members of Parliament, the fragmentation of communication systems means that it is no longer possible – if it ever was – to guage the "issues of the day" by reading the newspapers, and monitoring the broadcast bulletins. And, in as much as it was possible to for the newspapers and the Today programme to set the agenda, that is no longer the case. 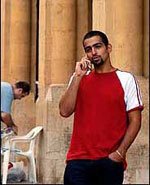 ent, we are now seeing the effects of the "information revolution" that is in some ways comparable with the invention of the printing presses, from which evolved political leafleting and popular newspapers. This presents a challenge to governments, policy makers, and all those in the communications industry, who can no longer rely on established channels to distribute their message.

Not least, it makes a mockery of the heart-searching of the MSM over whether to publish the Mohammed cartoons. For months now, they have been freely available on the internet. Freedom of speech is alive and well, but the chattering classes simply haven't noticed.

Thus far, it seems, the "chattering classes" are not responding to the challenge. In fact, all too many of the players fail even to appreciate the extent of the "revolution". They are having difficulty in coming to terms with the fact that they have ceased to occupy the centre and are being consigned to the margins as mere spectators.