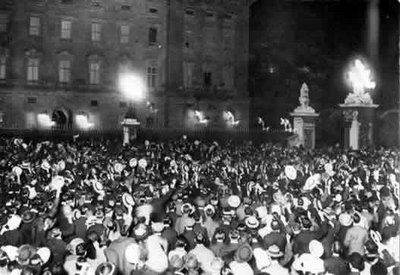 Have you noticed that the more detached the "colleagues" get from the real thing, the more bellicose becomes their language? Thus we have an excitable little Italian complaining shrilly about the latest underhand dealing from the French – now there's a surprise – declaring that, "This is 1914 all over again."

The Italian is economy minister, Giulio Tremonti (right), who is incensed by the action of French finance minister Thierry Breton and (unelected) premier Dominique de Villepin, in announcing the merger of energy utilities Suez with Gaz de France, in order to block a take-over by Italy's Enel.

Granted it has been called "a naked attempt to exclude Italy from the French energy sector", but Tremonti is still a tad over the top when he squeaks in protest: "Nobody wanted war, but war happened. Somebody launches an ultimatum, another responds, and the effect is a waterfall… We still have time to stop this race by the European states to build protective barriers."

Before he bursts a blood vessel, someone should perhaps take Tremonti to one side and explain was happened in 1914 and how dreadful the years following really were. That might at least help restore some sense of proportion into his febrile brain.

He cites Berlusconi calling for "retaliatory action" to avenge an act of economic hostility, the man saying, "If they're going to protect their strategic sectors like that, we should do the same back to them."

In a separate piece, our "war correspondent" takes up his new role with gusto, under the headline: "National guard put on alert", reminding us that, last year French voters put a spectacular stop to Europe's drive for political union by tossing out the EU constitution.

Now, Ambrose writes, their leaders are finishing the job on the economic front, systematically rolling back the single market in open defiance of the EU institutions and treaty law, playing the rare card of strategic national interest against an EU ally

The ever-excitable Tremonti takes the view that Europe is drifting into crisis, adding to his torrent of condemnation by pleading for reflection or, he says, "we'll end up like Europe's royal families after the Great War: all pointing fingers at each other saying 'you started it'." 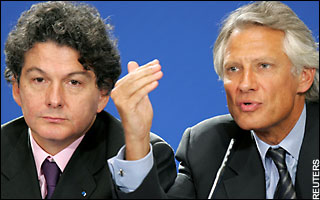 On the other hand, according to Ambrose, de Villepin is in effect pushing through a step-by-step withdrawal from the EU's economic system, with his finance minister Breton resorting to the "atomic weapon" of a poison pill law enabling French national champions to fight off foreign bids by issuing stock purchase warrants at a discount.

This action is proving contagious. Tremonti now says his country will have to follow suit and Spain's socialists are "cutting rough" over E.on's €29bn bid for the electricity group Endesa. Not to be left out, the Poles are blocking a takeover of Bank BPH by Italy's Unicredit, despite EU infringement proceedings.

As our "war correspondent" left the story yesterday, Brussels had been loath to provoke a showdown with Paris, saying it was "too early" to determine whether these French moves are illegal. This makes Brussels something of a helpless spectator as populist governments walked away from EU obligations, raising the question of whether the tide of economic integration has begun receding again as the ancient nation states of Europe revert to type, or whether it is just the season for political bluster.

Through the day, however, there were more developments, with Reuters reporting that the commission was skirting the issue of the GDF, Suez merger, sidestepping calls from Italy to challenge France. It was hiding behind the fiction that saying it needed formal notification to intervene.

Salvaging what pride it could, the commission said it could not step in until it had been notified by one of the companies involved that the deal had a European dimension and would thus trigger an EU probe. "If notification takes place, the commission then examines it most carefully and painstakingly to see whether the rules on competition and free movement of capital have been scrupulously observed," a spokesman said. He was "not aware of any formal letter of objection to the deal from Rome so far."

Rather unkindly, Reuters recalled that Brussels had been forced to remain a bystander to similar moves by Paris in 2004 when the French government managed drug firm Aventis's merger with Sanofi to fend off Swiss suitor Novartis which never made a formal bid, and here we had, apparently, history repeating itself. 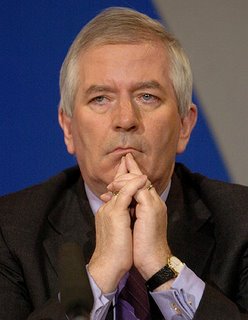 However, that stance was not to survive as no sooner had the commission crafted one position then it was ready with another. Reuters again was on the spot, this time with the news that the commission had come to the conclusion that the French merger did not appear to violate EU rules on the free movement of capital. That was from Oliver Drewes, spokesman for EU internal market commissioner Charlie McCreevy (pictured right).

McCreevy might have been happy but his commission colleague, Franco Frattini, certainly was not. Despite holding the justice and security portfolio, he is still a red-blooded Italian with national pride at stake. Adnkronos international had him "vowing" to challenge the French deal, declaring: "I am not fighting for Italy but for Europe, and in this case, what is at risk is the European interest." How noble is that?

Warming to his theme, the affronted Frattini warned: "Every form of protectionism damages Europe. If we start to accept national protectionism, the situation will only become more complicated … There is an important principle at stake here which European institutions must be vigilant about, and that is the single European market," he stressed.

Now it was time for Berlusconi to step in again – after all, he has an election to win. According to the AFX agency he has demanded an intervention from the commission. He has despatched the excitable Tremonti to Brussels where he will spend today and tomorrow closeted with EU officials and meet competition commissioner Neelie Kroes together with Charlie McCreevy.

Whatever is resolved – and who knows what might happen when Italian temperament meets Gallic insouciance – there will be one serious casualty. Last week, France, Germany, Belgium and the Netherlands began talks to set up a single electricity market and prise open national electricity businesses in a first step towards a new common EU energy policy.

The commission is due to unveil a green paper on energy policy in March, but leaks of the draft document suggest Brussels will be held in check by "a lack of solidarity" among member states. That's one way of putting it. As far as the Italians are concerned, though, it's war!