A community of victims 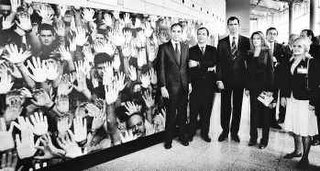 In a curiously unreported speech yesterday – left to such world organs as The Hindu - EU justice commissioner Franco Frattini called terrorism "the main threat in a democratic society" and vowed that European governments would leave no stone unturned in fighting it.

Frattini was speaking on the first of the two-day Congress on Victims of Terrorism in Valencia, which brought together hundreds of people caught up in the most horrific attacks of recent years - from September 11 and the Beslan school seizure in Russia to last summer's London bombings as well as attacks in Colombia, Israel, Spain and elsewhere.

Quite what is the value of such an occasion is very much open to debate, but it certainly accords with the "soft" values of European politicians, the "Venusians" who seem more comfortable in dwelling on "victimhood" than confronting the aggressors who create the victims.

In one of those "eureka!" moments, however, it suddenly occurs (you have to admit that I'm quick) that the justice commissioner’s focus on "victims" and his condemnation of anonymous "terrorism" are part of the same well of intellectual sloth that is rendering European politics impotent.

Looking at Frattini's "terrorism" in a little detail, we have to distinguish between the regional (and largely geographically confined) episodes, such as the outrages perpetrated by the IRA and the Basque separatists, and the more worrying "global terrorism", which is the true threat to democracy. 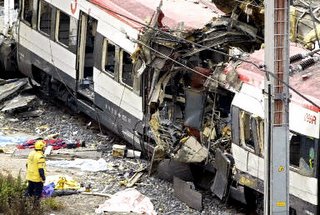 Looking back to December 2003, we see Don Murray of CBC news pondering over the terrorism issue, reminding us of Mao Tse-tung, who once said that guerrilla fighters "must swim like fish in the sea". In other words, says Murray, they must become invisible in the society where they're preparing their attacks. 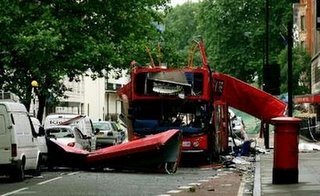 Needless to say, Murray misses the point. The current rash of terrorists are not Mao's guerrilla, seeking camouflage by pretending to be ordinary fish. They are indistinguishable members of a huge shoal of fish that share the same philosophy and objectives. In other words – to coin a phrase – they are simply members of a group who have adopted one specific set of weapons, but they are only one such sub-group, interchangeable with others who are seeking to attain their objectives with different weapons.

Taken this way, there is actually nothing – in terms of their objectives – to differentiate the bombers from the militant imams who would seek to cow the media and undermine the central tenet of democracy, freedom of speech; those who align themselves with the "liberal left" to undermine resolution though the malign creed of "multiculturalism", reinforced by "political correctness"; and those who colonise whole swathes of our towns and cities and who rigorously and violently exclude indigenous "outsiders". They are all, in their own ways, at war with Western society and all deploying weapons to that end.

Thus it is that Frattini's vagueness – along with so many others – is so dangerous. It is not terrorism that is "the main threat in a democratic society", but Islamic fundamentalism, in all its manifestations. of which actual terrorism is but one part.

Therein, however, the Frattinis of this world are stalled by their own contradictions. While, on the one hand, they are comfortable with condemning the deliberately anonymous "terrorists", on the other hand, they have embraced into their "community of victims" many of the Islamic fundamentalists who are demonstrably a threat to democratic society. Not least of those are the Palestinians and all those who have suddenly become "victims" of the Danish cartoons. And, being victims, they can bear no responsibility for their own misfortunes.

Thus, while many commentators have quite rightly been drawing attention to the "clash of cultures" between Islam and the West, there is another less obvious clash, which lies at the heart of Western society – or, at least, in the minds of the political élites. That is the "clash of definitions" between the victim and the aggressor. And, since the "cult of the victim" figures so highly in the mindset of the élites, once a preferred victim group has been so defined, it cannot be then reclassified as an aggressor without tremendous intellectual upheaval and massive heart-searching.

So it is that the élites are caught in a trap of their own making. As long as Islamic fundamentalists remain ensconced in (or associated with) the EU's favoured "community of victims", Frattini and his fellow-travellers can never denounce them. That, of course, also means that they can never get to grips with the problem.