Time to move on? 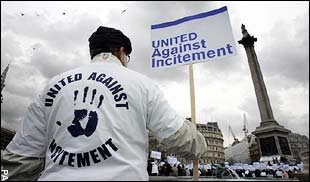 After a week when the "Cartoon Wars" have dominated this blog in a way that few other subjects have – apart from perhaps the Asian Tsunami – some readers are suggesting that it time to move on and resume our more normal close scrutiny of EU affairs.

To those who have made comments to that effect on our forum, we have responded that we hold to our view that this issue could be a defining moment in the history of the European Union, shown by its inability to respond coherently to a crisis which – from a quick scan of this morning's papers – shows absolutely no signs of abating.

The difficulty for this blog is that the European Union dimension in this crisis is largely a non-event, in that there has been little in the way of a coherent "European" response and such reaction as we have recorded has been weak. In the context of our main interest, we are, therefore covering a non-story and there are only so many times and so many ways that we can tell our readers about the lack of EU involvement.

But, in many ways, that is the story – and the most important yet almost completely unreported aspect of this issue. As we have remarked before, a European Union that was in any way the vibrant, dynamic political entity that it claims to be would be a key player in this issue, especially as, in many other crises of considerably less important than this, the EU has sought to exploit the situations and thrust its way to the limelight. 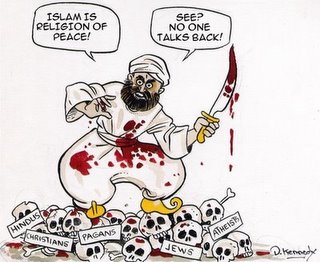 The interesting thing is that, behind the scenes, the EU players do recognise the seminal importance of this issue – even if, perhaps, some are underestimating the malevolence of some of the "actors" – so the lack of activity speaks volumes for the health of the Union. This is very much the case of "the dog that didn't bark".

Given also that the recent performance of the European Union in other areas has been, to say the very least, lacklustre, there is a case for arguing that this current issue may well turn out to be the one which finally destroys any pretence that it is developing into a mature, effective international player. This is not an issue that is going to go away. Neither is it one that can be fudged and not will it respond to the usual Community solutions – throwing money at it or creating yet another institution to deal with it. Thus, its response - or lack of it - to the continuing crisis will yield vital clues as to where the "project" is going.

However, in this, we have a tiny bit of sympathy for the EU institutions as, from our own experience of covering this issue intensively for just one week, it has been an exhausting, roller-coaster ride that has left us both mentally drained. We will pick up the threads again later to day, and meanwhile will be pondering on how to follow this vital issue, without sacrificing our wider coverage of events.

Your views on how we should handle this would be appreciated and for those who have been having difficulty signing on to the forum, we apologise. As far as we can ascertain, it is not a fault with the forum itself, but – possibly – a problem on the net. In that case, it may clear spontaneously, but we will keep you informed of any developments.