Stand by for more alienation 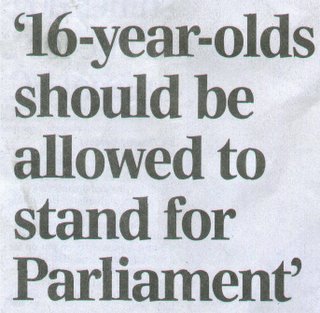 If all you had to rely on was The Telegraph account of the report of the Power Commission, released today, you might have come away with the impression that the main and substantive recommendation was that "16-year-olds should be allowed to stand for Parliament".

The Guardian is no better, offering its particular brand of spin, with, "Inquiry proposes radical overhaul of party funding", while The Times is absolutely dire and The Daily Mail turns its report into a rant against New Labour.

Strangely, The Independent does a halfway decent job, with the headline: "Bleak view of the gulf between people and government", although its report is very brief, starting with: "Democracy faces meltdown in Britain as the public rejects an outdated political system which has centralised more authority than ever in a tiny ruling elite…". This is also the line taken by the BBC website, which also offers a very short report. 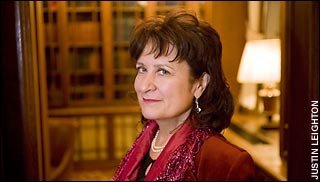 Says the Power Commission website, though, introducing the final report of an inquiry funded by the Joseph Rowntree Trust and chaired by Baroness Helena Kennedy QC:

After eighteen months of investigation, the final report of Power is a devastating critique of the state of formal democracy in Britain. Many of us actively support campaigns such as Greenpeace or the Countryside Alliance. And millions more take part in charity or community work. But political parties and elections have been a growing turn-off for years. The cause is not apathy. The problem is that we don't feel we have real influence over the decisions made in our name. The need for a solution is urgent. And that solution is radical. Nothing less than a major programme of reform to give power back to the people of Britain...

The report itself runs to 175 pages and contains much that is common sense. It also offers by way of substantive recommendations, "three shifts in political practice":

taking the view that the current disengagement (with party politics) is not a "little local difficulty" but rather the result of a profound contempt for formal politics. There is a popular view that our political institutions and politicians are failing, untrustworthy and disconnected from the people they are supposed to represent.

Interestingly, the Commission spent £800,000 on finding that out. If they had asked us, we could have told them that for free.

And, while none of the media go even into that depth, none mention that on which the Inquiry does devote some space, our favourite topic, the European Union. On page 62, it says:

Supranational bodies and processes of international negotiation such as the European Union have gained extra powers and influence at the expense of nationally and locally elected representatives. The direction and sometimes the detail of wide areas of policy are now heavily influenced by, or determined by, decisions taken by appointed officials working in supranational organisations or by politicians and civil servants in negotiations with their overseas counterparts.

The result of these shifts has been to make political decision-making more opaque, hidden and complex. It means that the people who take key decisions are more likely to be geographically, socially and politically distant from the people who are affected by their de-cisions. It also means that decision-makers are less directly account-able to those who are affected by their decisions and rarely engaged in dialogue with them. The Power Commissioners saw at first-hand how a lack of real influence over decision-makers has become a primary cause of alienation from formal democracy, and recognise that those processes which have produced greater distance between governed and governors are a source of deep concern.

Inevitably, the conclusion is more than a little woolly though, the report authors stating:

One key step in reducing this distance is to expand the capacity of elected power to scrutinise unelected and indirectly elected authority and to initiate change where those authorities refuse to act. In doing this, a basis may be provided for citizens to enter into a new dialogue with the holders of power and hold them to account. The introduction of greater scrutiny of the political firmament will also help citizens to see that power in Britain operates in accordance with the citizens' wishes.

The authors cannot, it seems, bring themselves to observe make the obvious statement that there is no provision within the EU to "initiate change where those authorities refuse to act" and therefor draw the obvious conclusion that the only way there can be greater accountability is if we leave the EU. This omission is all the more egregious when it cites this evidence taken:

People will not vote if they feel their vote won't count. For many years turnout in local elections has been poor, because voters realise councillors have little power to affect local decisions. Now the same thing applies to national Parliament. MPs have given so much power to the corrupt Brussels octopus that they no longer can set the laws of the land. 60-70 per cent of laws now come from the Brussels oligarchy. Subconsciously, voters realise MPs have lost control, although Ministers NEVER admit this.

There is much more where that came from, but therein lies the nub of the issue. And as for the political parties, these – as we all know – are too wrapped up in their own affairs to bother with, or understand people's concerns. Obsesssed with their own concerns, they have become part of the problem rather than the solution.

Unfortunately, giving sixteen-year-olds the vote, or making them MPs will not remove the sense of alienation (although it might reduce the childishness of some of the debates), and nothing of substance that the Power Commission offers is going to implemented. Stand by for more alienation.