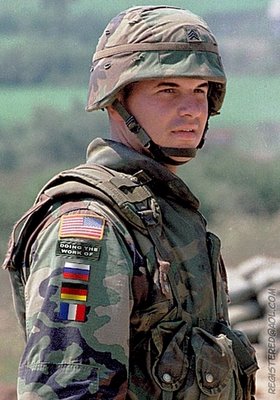 At least The Times is not going straight down the line of this mindless American-bashing which the Lefties so love to do. This is from today’s leader:

If Europeans want the US to take more account of their concerns, they should take more trouble to appreciate America’s instinct and intent. Neither is always right, but there is far more thought in US policy than the moaners would credit.

There is a grave danger in this visceral hostility. The number of Americans who believe the US should mind its own business and let other countries get along on their own has leapt in only three years from 30 to 42 percent. Mr Bush has set himself against this new isolationism and against trade protectionism, for which there is an increasingly powerful lobby in the US. The worst that could happen is that critics of American engagement might just get their wish.

I don't even want to look at the Guardian, much less the Independent. We will, therefore, just endorse the view of this leader: "...it is, therefore, a critical time to stand up to those who would caricature the country. And in doing so to cut through the emotive, hyperbolic and infantile manner in which the US is portrayed, not just in the Middle East, but also throughout Europe."