Two wheels on my wagon 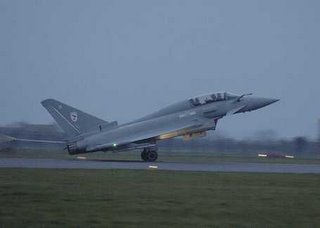 As we reported yesterday, EU justice commissioner Franco Frattini called terrorism "the main threat in a democratic society" and vowed that European governments would leave no stone unturned in fighting it.

Fine words indeed but, as with all politicians, you watch their hands, not their lips – in other words, it is not what they say but what they do that matters.

And when it comes to action, today’s Washington Times sets it all out, with the headline: "Nato allies cut military since 9/11".

According to the piece, based on a report from the International Institute for Strategic Studies , America's major NATO allies have cut military manpower and defense funds as a share of their economies since the September 11 attacks, in sharp contrast with the United States, which embarked on deficit spending to boost arms outlays to fight global terrorists. 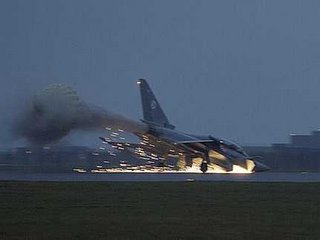 A comparison of force structures in 2001 and 2005 showed countries such as Britain, Canada, France, Italy, Poland, Spain and Germany cut their active-duty forces while, at the same time, the United States increased its ranks from 1.37 million to 1.42 million.

More telling is the share of each countries' GDP that is devoted to defence spending. The US share has gone from 3 to 3.7 percent since 9/11 while other NATO nations collectively have dipped from 2.02 percent to 1.8 percent. Twelve years ago, Nato, excluding the United States, devoted 2.5 percent of GDP to defence.

At last week's Nato defence ministers' conference in Munich, we are told that Donald Rumsfeld "gently prodded his colleagues to rethink defence spending", telling them, "This commitment cannot be done on the cheap." But he is talking to the deaf. Rhetoric is so much cheaper, and the only thing in which the Europeans excel.

Thus the pictures of the Eurofighter, taken last month and supplied by one of our ever-vigilant readers, providing a perfect metaphor for the European defence effort - £60-million-worth of junk sliding down a runway in a shower of sparks, going nowhere.