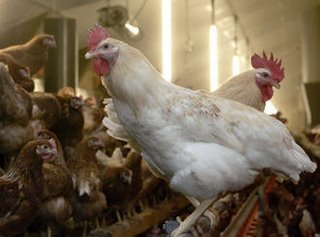 As bird flu climbs its way back up the news agenda, displacing even the continuing "Cartoon Wars" protests, perhaps the most significant recent news is a recent declaration by Italy that far transcends the issue of this encroaching avian disease.

According to The Financial Times, the thrust of the declaration is that the Italian government is prepared to defy EU limits on state aid for farming in order to come to the rescue of its beleaguered poultry farmers.

With Italian consumers shunning poultry meat, as the "deadly" H5N1 virus takes root in Europe, prices have fallen by up to 70 percent and Silvio Berlusconi's government, which is seeking re-election in April, has been under pressure to help farmers.

As a first port of call, Gianni Alemanno, the Italian agriculture minister, has turned to Brussels, asking for permission to double to €40m subsidies earmarked for farmers left with unsold poultry. But such are the electoral imperatives that he has said that, even if the government does not get authorisation, "we will ask the government to go ahead even if it means risking EU sanctions."

The significance of this, of course, is the cavalier way the Italian government seems to be treating its Brussels superiors. It could hardly contemplate doing so if it felt that it was dealing with a virile political entity at the peak of its powers.

In a sense, therefore, we could be looking at yet another step in the decline and fall of the empire, as the margins begin to break away from the centre. This we saw in the collapse of the great Roman Empire. How interesting it is that, this time round, Rome seems to be leading the fragmentation.