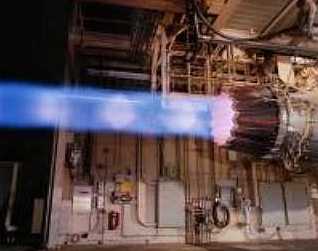 Continuing the saga of the second engine for the Joint Strike Fighter, supposedly due to be cancelled, DefenseNews reports the entirely predictable news that the plan is "flying into flak in Congress".

On 16 February, a Republican and a Democrat on the House Appropriations defence subcommittee questioned whether short-term savings gained by cancelling the contract awarded to General Electric (GE) and Rolls-Royce would lead to a repeat of problems the military has had before with high-cost, poor-performing engines from a single supplier.

Reverting to a single engine producer for the JSF would mean that GE "will go out of the fighter engine business," Hobson said. And that would mean that the Pentagon would be left to buy thousands of JSF engines solely from Pratt & Whitney. "Congress will have a lot of heartburn over this," Hobson predicted.

Rep. Peter Visclosky, D-Ind., reminded Rumsfeld that during the 1980s, the Navy and Air Force struggled with problematic Pratt & Whitney engines until they finally turned to GE as a second source. When faced with competition, Pratt's quality went up and its prices went down, according to defence analysts.

Also joining in are the two Ohio senators, on whose patch 800 GE workers are employed. In a letter dated 8 February, they warned that: "Eliminating the second-source engine for the JSF ultimately could lead to a reduction in overall engine quality and noncompetitive pricing." These were Senators Mike DeWine and George Voinovich, writing to Senator John Warner, chairman of the Senate Armed Services Committee. "History proves that dual-source competition produces a better, safer, more reliable and less expensive product," they wrote.

They also warned that cancelling the second-source engine contract would mean "General Electric will be forced to exit the fighter engine arena," leaving the Defense Department with only one source "for all its future fighter engine needs. This is not sound business."

And this is only the start of the political in-fighting. By the time it is finished, gift-wrapped new engines will be pouring out of Ohio, a pork barrel with every one.