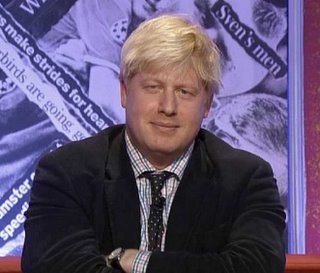 You either love him or hate him, or so they say… unless you do neither and just treat the specimen with the contempt it deserves.

We are here speaking of that particularly contemptible brand of politician, the "metropolitan clever-dick", none other than Boris Johnson. He has been roundly caught out by Christopher Booker in his Sunday column, after the "blond bombshell" has penned his usual self-serving dose of drivel in the Daily Telegraph.

Boris Johnson MP plaintively described in The Daily Telegraph how, when his office needed a new computer printer, the Commons staff told him that, according to health and safety rules, it was too heavy for them to deliver it. The poor chap had to collect it himself. "Why," he now asks, "is there a law against picking up a computer without proper training?"

The answer lies in guidance to the Manual Handling Operations Regulations issued in 1992 to implement EC directive 90/269 "on the minimum health and safety requirements for the manual handling of loads where there is a risk of back injury to workers".

But of course, as a highly-paid legislator who was also The Daily Telegraph's Brussels correspondent when the directive was issued, Mr Johnson cannot possibly be expected to be familiar with such boring and trivial details.

Johnson is, of course, entitled to play the buffoon but one cannot help but observe that if he spent a little less time on his extra-mural activities and a little more on the job he was paid to do, he might just have some idea of what is going on.