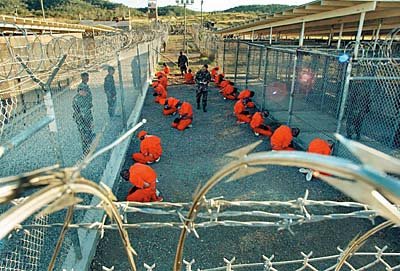 Compare and contrast, 608 articles on Google covering the UN's report on Guantanamo Bay, 1,420 covering the three-year-old photographs of Abu Ghraib prison and fifteen – all Australian – covering this story

The report is about John Dauth, back in Canberra after four-and-a-half years as Australian ambassador to the UN in New York. He has said that the gridlock in the General Assembly means the UN is close to becoming an empty shell like the League of Nations. "The General Assembly is defunct," Dauth says. "No debate there carries with it any practical action or decision or agreement or compromise. "And if the heart of the body, if the core of the apple, is rotten, eventually the rest of the apple will be rotten too."

This is one tiny pinprick but entirely in keeping with a whole rash of reports which confirm that the UN is an irredeemably corrupt and useless organisation. Furthermore there cannot be anyone who is media and politically savvy who does not know this.

Of course, to admit as much would not fit in with the media legend, which needs to paint the UN as a sacred institution, wholly above criticism, in order to pursue its agenda against the United States.

Knowing this, you do not have to be a wholehearted supporter of the US to recognise that the UN report stinks. The United States itself has dismissed most of the allegations as "largely without merit" and White House spokesman Scott McClellan has said that it is "a discredit to the UN". It is hard to disagree.

The worst of it is that, tomorrow, the print media is going to give wall-to-wall coverage of the report, acres more than it will have ever given to the Oil for Food scandal and other UN disgraces.

No one is going to hold that the United States administration is perfection incarnate, or that it has necessarily handled the Guantanamo Bay issue particularly well, or that the Abu Ghraib affair is anything but a disgrace, but this does not excuse the totally disproportionate feeding frenzy upon which the media is currently embarked.

It would not be the first time, therefore, that we conclude that this world is going (has gone) seriously mad. The real question though, is does anyone really care? On this blog, we sometimes feel we are like the little boy with his finger plugging the hole in the dyke, only this time there are leaks springing up all over the place and no one is rushing to help.

On this, I intend to ponder, not least on whether braving the continued immersion is worthwhile, when it might be better to be tucked up warm in bed for that short time until the dyke collapses.