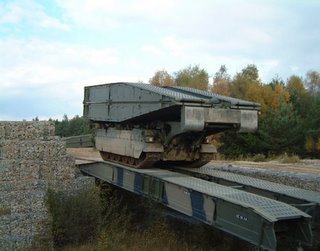 Former US president Bill Clinton has said the publication in the West of cartoons satirising prophet Muhammad was a mistake. So we are lovingly informed by the BBC website which goes on to tell us that Bill - "I never had sex with that woman, period" – Clinton also said an opportunity to build bridges between the Islamic and non-Islamic worlds had been lost in the way the dispute had developed.

Clinton made his comments in Pakistan as he was launching an HIV/Aids project, taking the time out to tell hacks that: "I strongly disagree with the creation and publication of cartoons that are considered blasphemous by the Muslims around the world." He had "no objections to Muslims who were demonstrating in a peaceful way their convictions" but thought the cartoons issue was "also a great opportunity which I fear has been squandered to build bridges."

Not sure he's right about the bridges. The US Army still has available quite a lot of the beasts illustrated. Methinks it's not the bridges that are a problem, but what comes trundling over them afterwards.