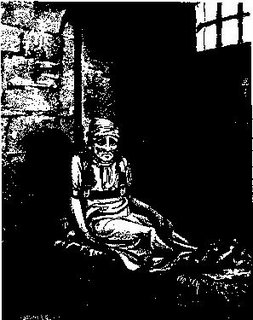 Not content with having seriously affected the mental stability of a significant proportion of the population – as is evident, at times, from our own and other EU-related forums – it appears the European Union, having in part been responsible for the problem, is now making a pitch to take an active role in countering "mental ill health" in the "European" population.

Not by any stretch of the imagination could anyone suggest that this is a core function of the EU – or would even come onto the horizon when we joined what many thought to be a trade club back in 1972 – and there is not one whit of a mandate to address this issue in any of the treaties.

Without even blushing, in this document it then calmly lays out "the need for an EU-strategy on mental health", arguing that its intervention would "add value" to member state activities, not least by "creating a framework for exchange and co-operation between member states", "helping to increase the coherence of actions in different policy sectors" and opening up "a platform for involving stakeholders including patient and civil society organisations into building solutions."

And if that leaden jargon does not send you mad, what will?

Neverthless, on the basis of this, the EU commission proposes an EU-strategy which, inter alia, will aim to "improve the quality of life of people with mental ill health or disability through social inclusion and the protection of their rights and dignity".

Given that the EU is struggling mightily to improve the quality of life of people without mental health problems, pace the Lisbon strategy, it is perhaps a tad ambitious of it to attempt to deal with people who might be even less responsive to its blandishments. Its ambition might, however, suggest that the first place the Commission should seek improvements in mental health is in its own ranks.

Perhaps it is relevant to recall in this instance one of my own – of many - visits to mental institutions (in a professional capacity, of course). In this instance, I was with a group of people carrying out a study, lingering at the tail end of the group as we processed through the hospital.

In one ward, a patient saw the group and walked smartly up to me, looked me squarely in the eye and pronounced, "You are a c**t!" I remarked later that, with that degree of perspicacity, he was probably the sanest man in the hospital.

He was certainly saner than these self-seeking EU bureaucrats, whose untrammelled ambition knows absolutely no bounds.