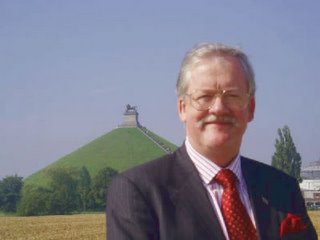 Sir, it is extraordinary, writes Roger Helmer, MEP, to The Telegraph today, that the Power report seeks to understand public disaffection with politics, yet apparently does not once mention the EU. It calls for politicians to pass more powers to the electorate, he says, but seems unaware that they are in fact passing powers to Brussels. He continues:

Well over half our new laws in this country come directly from the EU's unaccountable institutions. Voters may feel they have little influence over events in Westminster, but they have almost none over decisions in Brussels. The Conservative Party's investigation into political engagement will be chaired by Ken Clarke. Let's hope he will not make the same elementary omission as the Power report.

Actually, Roger, if you had read the report before you had written the letter, you would have found there are numerous references to the EU, some of which are quoted in our own report.

Let's hope you will not make the same elementary omission…