Well, now that you mention it, he has no shame 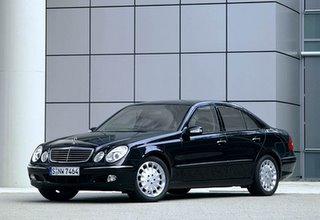 The irrepressible Claudia Rossett has come up with another gem about SecGen Kofi Annan (father of Kojo). Not satisfied with the enormous salary and extensive perks and expenses that he gets for his job, the SecGen has accepted an environmental prize of $500,000.

“Annan received his award at a glittering February 6 ceremony in Dubai, as outlined in a press release from Annan's office that noted the honor, but neglected to mention the half million bucks that came with it. Surrounded by presidents, businessmen, and nearly 130 environmental ministers, Annan collected this purse as winner of the biennial Zayed International Prize for the Environment, given out by the ruler of Dubai, Sheikh Mohammed bin Rashid al-Maktoum.”

Are we to expect the SecGen to receive and accept prizes of commensurate size from various other member states of the UN? How does this square with his “guidelines requiring staff to report any gifts of more than $250, down from previous guidelines that smiled on the acceptance of doo-dads worth up to $10,000”? Presumably, that is for the lower orders, not for the SecGen himself (or his family).

Ms Rossett notes another interesting aspect to the prize – the jury.

“So entwined were Annan's own U.N. colleagues in the process that selected him for this award that it's tempting to relabel the entire affair as one of the U.N.'s biggest back-scratching contests. Chairing the jury panel, which voted unanimously for Annan, was the executive director of the U.N. Environment Program, Klaus Toepfer, and among the jurors was the U.N. undersecretary-general for Economic and Social Affairs, José Antonio Ocampo. Both men owe their current jobs to Annan.

Serving as an "observer" of the jury panel was Pakistan's ambassador to the U.N., Munir Akram, who just finished a term as president of the U.N.'s Economic and Social Council, which works closely with Annan. On the website for the Zayed prize, the public relations contacts include a U.N. staffer, Nick Nuttall, listed complete with his U.N. email account and phone number at the Nairobi headquarters of the U.N. Environment Program.”

Well, at least Kojo Annan was not involved and there appears to be no mention of a Mercedes.

It seems that the SecGen may have realized (or somebody told him) that this whole charade is not such a brilliant idea, particularly as Dubai was one of the hubs for the oil-for-food scam. So he decided to do something about that or, at least, make an announcement.

“Not unaware of appearances, Annan announced at the Dubai award ceremony that he would be using his prize as seed money for a foundation he plans to set up in Africa, devoted to agriculture and girls' education. To date, he has provided no information about what this promised foundation might be or who will run it, or what perquisites might go to its founder, or to anyone else associated with it. Asked recently for details, Annan's spokesman replied, "When we have more information, we'll pass it on to you."”

Will this be a case of charity beginning at home, one wonders. That’s charity, spelled m-e-r-c-e-d-e-s.