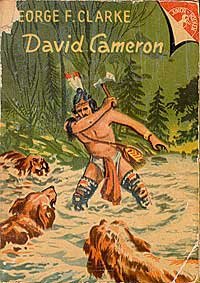 Over the years of its existence Prospect magazine has published very few pieces that have strayed away from the "consensus" in the media and the political world. One of them is in the March issue.

Robin Harris, the erstwhile Director of the Conservative Research Department and adviser to Margaret Thatcher, gives his opinion on David Cameron and the direction he is taking the party. It is not a jolly read but I am sure people who visit this blog can take it.

Apart from anything else, Harris informs us that he gave Cameron his first job in the CRD "after some judicious prodding from a royal equerry".

Harris thinks that Cameron has not only underestimated the results of his own continuous U-turns but is in danger of misunderstanding Gordon Brown.

"Cameron, though, is right about one thing. Brown is in many respects "very much a 1980s politician," in some ways temperamentally similar to Thatcher, who dominated that decade. It is significant that Brown has publicly praised her record while the Tories have sought to disavow it.

Like Thatcher, Brown is immensely able, a workaholic, driven by values inherited from a Protestant upbringing. He believes in duty, work, effort, merit. He is serious about politics and contemptuous of those more interested, like his next-door neighbour, in the trappings of power. He is passionate about improving the lives of those at the bottom of the pile. One should also add that Brown is 100 per cent wrong about how to achieve these noble goals."

"Having abandoned the issues of immigration, crime, Europe and tax as distastefully populist, the Tory manifesto may look a little thin."

All they will be relying on is Gordon Brown's unpopularity. If they get that wrong, they are in trouble.