One day we shall reform it 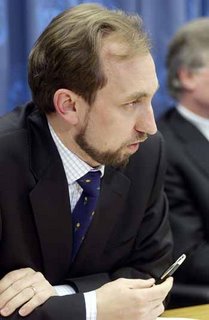 We shall reform the UN one day. Honest we shall. Well, not tomorrow, of course, or the day after or even the year after. In fact, according to Prince Zeid Ra'ad Zeid al-Hussein, the Jordanian Ambassador to the UN, it will take several years. I am not holding my breath even about that.

His Excellency was speaking about the UN peacekeeping operations. Just to remind our readers: “The 18 peace missions worldwide employ 85,000 staff from over 100 countries, with a budget of nearly $5bn.”

There has been a certain amount of trouble about many of these, particularly in DR Congo and the Balkans. They had abused their position and, indeed, had abused sexually many of the people they were supposed to protect. Rapes of children and the purchase of sex for food (hardly more than rape) had been reported, though apart from one French officer who admitted his misconduct nobody was punished or even investigated.

The argument, as I recall, was that most of those troops had gone home and if the UN started dragging them back and investigating them, next time there would be no troops. One begs leave to doubt this, as a large proportion of the peacekeeping troops do the “work” for money, being much better paid than their comrades who stay at home.

Still, a system of complaints was introduced and, miraculously, some people have taken advantage of this. According to the BBC World Service Website:

It is not clear from that statement whether all the cases were investigated or not; nor can we tell what the outcome of the investigations was. My assumption is that nobody was punished even if the report proved to be accurate.

Mr Guehenno made some other interesting comments, none of them particularly hopeful for the unfortunate people in the countries where there are UN peacekeepers:

“Allegations being lodged against UN peacekeeping personnel remain high and unacceptably so.” [Presumably, only a small proportion of those who have been abused or exploited do actually lodge allegations.]

“… how hard it is to change a culture of dismissiveness, long developed within ourselves, in our countries and in the mission areas”.

That is a damning indictment. Even more damning is the comfortable assurance that it will take years to change this culture. As the blog Captain’s Quarters comments:

“So what's supposed to happen while the UN continues its weak efforts at reform? Do refugees need to literally hide the women and children when blue-helmeted soldiers appear on the scene?”

Let me add two more comments of my own, both drearily repetitive.

Firstly, imagine if these statements had been made by the Pentagon or any American commander. Picture the outcry in the media and the salivating details produced by the “outraged” journalists. As it is the UN, well, not much will be written about it.

Secondly, let us not forget that the organization that has happily lived with this culture of “dismissiveness” and is still unable to bring any kind of control over its peacekeeping troops’ behaviour, claims moral authority as a potential world government and present source of legality.