Not Thinking but Drowning

As EU Referendum has been reacting to the "Cartoon Wars", pushing what one of our own forum members called "civilised Western values", North Jnr has been participating in a wide range of virtual discussions on popular forum sites, inhabited mainly by the "yoof" so sought-after by contemporary politicians.

This is his report from the front: 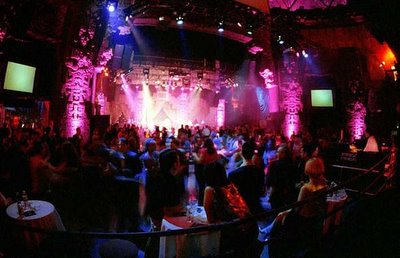 If there’s one thing that makes me quite nauseous it is the sycophantic droning of the middle aged (present company accepted) telling us all how we should look to our youth because the children are the future. If these people actually followed their own advice they’d realise exactly how deep in the cesspit we really are.

The phrase "Bread and Circuses" has been kicked around a lot of late. A tired cliché when it comes to social commentary I'll admit, and even more tiresome to modernise it to something like "Raves and Televisions". Sadly though, that is precisely where we’re at.

This week I've had armies of my peers and so-called friends queuing up to tell me I've been brainwashed by the right-wing newspapers (If only to God I could find any. Answers on a postcard please). For reasons of personal curiosity I've been busy extending the wider debate of EU Referendum to the music forums on the internet to discover that Britain is truly lost in the moral maze.

At one the time underground music scene was a hotbed of anti establishment political activity. Now I can find no other social group more in tune with establishment thinking. The yoof of today seem so fixated with the ill-doings of our colonial forefathers that they are prepared to give up the whole country to Islamo-fascism. 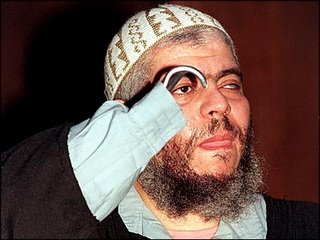 The recurrent sad irony is that every other post on these sites is in some way linking to human rights issues and freedom from oppression and yet when you highlight the biggest threat of all to our moral code and freedoms you become a racist, little Englander, "zenophobe" (sic). They can't even spell it!

It is so deeply engrained through decades of political correctness that analysis of reality is a cardinal sin and any attempt to even open a debate will be treated with contempt and censorship. All they can do is cherry pick the bits they are pre-programmed to wince at and gasp in horror as they dig out the first convenient politically correct label that leaps to mind, purely in the hopes that if they can marginalise the arguments with dogma they won't have to think about them. In effect, Nanny's done the thinking for them.

No matter how cold and stark the evidence, the gravity of recent issues does not sink in. 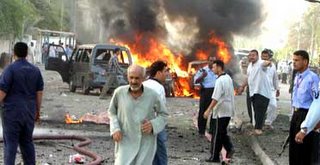 Here we have a religion with a virulent doctrine of oppression which deplores free speech, loathes democracy and declares holy war on our system. It also seeks to impose tolerance of its own practices from the back hills of Afghanistan and Pakistan upon us. Everything our sense of decency and fairness is fundamentally opposed to.

Coupled with this automatic denial of fact is the even more detestable social snobbery among these deadbeats. "Why don't you stop regurgitating the Daily Mail/The Sun/Daily Express", they cry. God forbid ones mind should be open enough to actually be influenced by media! Although it seems they have some rather lofty guesses as to what actually appears in the aforementioned newspapers. It would be cause for celebration if any of these papers reflected the true state of British politics apart from the day to day banalities and vacuosity. 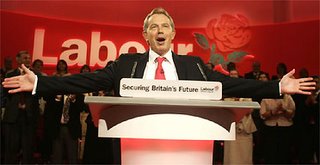 "You're just spouting the drivel of the working classes", I'm told. Well, being a member of the working class and getting out of bed before lunchtime I can safely say that the working class is considerably better informed than either the hippies or the government. After all we are the ones who get out often enough to see the unfairness of our society on a daily basis. But we mustn't let the working mans opinion to rule us must we? That would be too much like er… democracy. So it's important to be fair and tolerant, so long as it's not to the working British public. It's got New Labour written all over it.

What concerns me also is the alarming tendency to throw the baby out with the bathwater. No matter how concrete the evidence, the fact it is published in The Daily Telegraph or other such vessels is an instant excuse to dismiss it without actually reading it. While we may have cause to lament the lack of news in the Telegraph I'm hard pressed to deny that the little it does have is of a passable quality as to the purposes of the broader debate.

The problem with all wilfully ignorant right-wingers is that the idea of democracy and free press frightens them because it provides a method for breaking the whipped-up fear that is the only way they can gain or regain control over the populace.

This leads me to believe that our yoof have absolutely no idea what the word democracy even means or even where the right wing are coming from. They haven’t even thought about it because the term "right wing" is a pre-programmed dirty word. Not one of them will break ranks to understand it in fear of vilification. And here is how we are gripped by the tyranny of the right-on minority.

What I have learned from this exercise is that standing up for your convictions is social suicide. Breaking ranks to declare war on political Islam is in effect the signature on your own social death warrant. Who in their right mind would do that? Only a North methinks. This is how decent people are cowed into silence. Who wants to be known as a racist and a zealot?

Having been subjected to this for all of this year so far I am inclined to believe it's not a big loss generally, but you can't go raving on a Saturday night with the Bradford South UKIP Association, although it may actually do them some good.

Of course I may be a little young to be lamenting the youth of the day at the age of 27 but my generation is one that refuses to grow up, refuses to take sides and refuses to fight for what is theirs in fear of offending. Their inheritance will be squandered and they will become slaves to Sharia law. Post-colonial guilt fettered by good old fashioned British defeatism is our undoing.

I had hoped that reality would soon take a bite but at some time in the last decade that little minority became the majority through bone idleness and cowardice. This happened when our keyword of youth indoctrination changed from justice to tolerance.

Before we can bring the debate back in line with rationality we have to reverse this. We need youth to engage rather than mouth the platitudes of political correctness.

The problem is that in order to adequately explain one issue you have to tackle every issue and demonstrate its place in a wide philosophy. This means that at some point you will have to open up the debate to other areas where you meet the same ignorance and dogma. You then get tied up debating the fringe issues and diverted from the issue in hand. This is why we will lose every time. 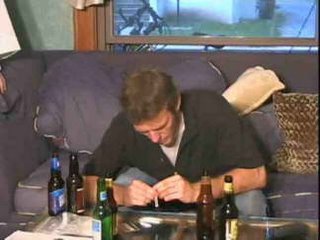 And so what do I blame for this? Social narcotics. In effect drug culture has permeated the mainstream. The fluffiness of the ecstasy fuelled dance club on a Saturday night has become weekday policy for these people and it has spread throughout the culture like an untreatable cancer. Saturday night fever all week long. Drugs don't make you stupid but they do exacerbate the existing stupidity, and that we have plenty of.

Today I was rather startled to read their excuse…

After consuming a quantity of "blue halo" hallucinogenic mushrooms the other evening , I realised something.... The concept of "laziness" as a negative personality trait is an embodiment of capitalist ideology. Being lazy or "lazing" is to enter a state where one is neither producing or consuming. Sleeping all day is seen as "lazy" because when you are asleep, you are beyond the reach of evil multinationals and their sinister advertising campaigns.

So the notion of laziness was clearly dreamt up by nasty cigar-smoking men in pinstripe suits as a way of stigmatising people who don't succumb to their efforts to enslave the global population through a hierarchical system of debt and credit.

Therefore: the most effective form of political protest is to stay in bed.

Need I deconstruct this?

So while the mainstream parties and the wider electorate scratch their heads as to why people no longer engage in democracy perhaps they should start by explaining firstly what it even is and secondly re-assessing their apparent tolerance to social narcotics because the debate among the deadbeat left is bogged down in sentimentality and fluffiness.