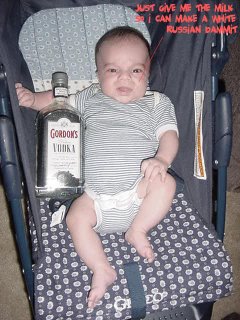 Not that we think that the intervention of the EU would actually do any good in any number of the burning issues of the day but, even if you take its ambitions of being a world power seriously, you can only stand back in amazement at the amount of fiddling this construct is doing.

The latest grave and weighty matter that is occupying this "world power", consuming countless hours of expensively-paid bureaucrats' time, is the definition of vodka.

This, according to Farming Life is the issue of the moment for the Agriculture Council, which has the Polish delegation, supported by the Danish, Estonian, Latvian, Lithuanian, Finnish, Swedish and German delegations, arguing over "the importance of restricting the current definition of vodka" in the commission's current proposal on the definition, description, presentation and labelling of spirit drinks.

Well, I suppose that if an agreement on the definition of vodka prevents Germany going to war with France – or vice versa – it will all have been worth it but, somehow, it is a little difficult to see the relevance of such a grave and weighty development.