Will the EU listen?

Through the estimable USS Neverdock I have found a blog run by a Saudi man, who is living in the UK and is, as he puts it himself, not troubled by the Religious Police for the moment. He is, nevertheless, a courageous man or, maybe, just a man who feels that he has to do the right thing, no matter what the consequences might be.

The story he posted on Saturday is quite entertaining. 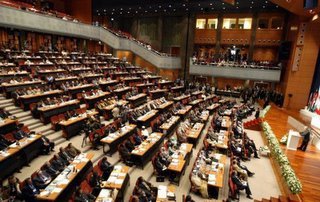 Professor Ekmeleddin Ihsanoglu, Secretary General of the Organization of the Islamic Conference was calling for an emergency conference. The matter must be of the utmost importance and as the Saudi blogger, the Religious Policeman asks:

“So are they finally going to resolve the Darfur conflict, the Brown-Muslim-on-Black-Muslim genocide that has already claimed an estimated 300,000 lives?”

Will they, perhaps, discuss how to improve the lives of millions of Palestinians by ensuring that they have good(ish) governance, better health care, clean running water and the rubbish cleared away?

OK, none of that. Maybe the conference is to ensure that in future only reasonably well educated and knowledgeable people can become imams, so they do not teach matters that are clearly wrong and have no historical justification in Islam.

“Professor Ekmeleddin Ihsanoglu, secretary-general of the Organization of the Islamic Conference, is contacting member states for an emergency meeting of their foreign ministers shortly to discuss major issues including the repercussions of the sacrilegious Danish cartoons.”

Rather unfairly, given the craven behaviour of the European politicians and complete non-existence of a policy on the subject, the OIC is directing its ire at the EU.

“The OIC member states expect from the EU to identify Islamophobia as a dangerous phenomenon and to observe and combat it like in the cases of xenophobia and anti-Semitism, by creating suitable observance mechanisms and revising its legislation, in order to prevent the recurrence of the recent unfortunate incidents.”

I wonder if we could have a little logic here. Islamophobia does not mean hatred of Islam but fear of it. The OIC, it seems, wants to combat European fear of Islam. But what is it all those placards carried in the various demonstrations said? What was it the mobs that were burning flags, embassies, McDonalds, whatever came their way yelled?

That Islam will triumph; that annihilation was coming to all who opposed it; that Europe must tremble for the real Holocaust was on its way; that there will be many more bombs and planes. All, surely, meant to induce fear (let’s face it, as far as the British media is concerned, it worked very well). So what is wrong with fearing Islam?

Judging by previous witterings by Barroso, Solana and Frattini, the EU will roll over, tell the various extremists who, as we have seen, do not precisely represent anybody, that yes, they will do as they are told and start various initiatives to combat Islamophobia. They will close down newspapers and banish writers who dare to criticize anything to do with Islam and Muslims. How they can possibly put it into practice remains a mystery. 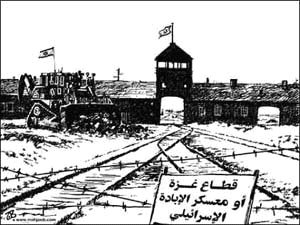 And, of course, since they are all such buddy-buddies, the EU will ask for various things in return. We shall expect Saudi Arabia to open Chrisitan churches and Sunday schools for those who wish to attend them. After all, the history of the Ottoman Empire and the concept of dhimmitude prove that it is not impossible to have non-Muslim religious groups living more or less in peace in Muslim countries.

We shall expect the Palestinians and the Sudanese and the Iranians to stop persecuting Christians (and killing other Muslims they happen not to like).

We shall demand that anti-Semitic cartoons that depict Israel as the reincarnation of Auschwitz be no longer published in Middle Eastern newspapers.

No? Well, perhaps not. Sounded like a good idea.