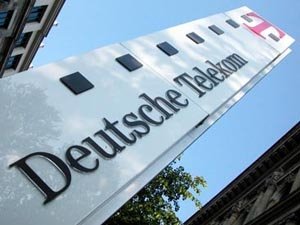 Ninety days into the new year and already the EU commission has produced over 130 "COM" documents, setting out diverse matters, from full blown policy proposals – such as the Green Paper on energy – to diverse proposals for legislation.

Tucked into all that is COM(2006) 129 final, with the relatively innocuous title, "Bridging the Broadband Gap", published on 21 March.

Relatively short, by commission standards, at a mere ten pages, it tells us that, in pursuit of "Broadband for all", the commission is to mobilise all its policy instruments to bridge the broadband gap, including structural and rural development funds.

It estimates the broadband penetration rate at the end of 2005 at 13 percent of population or about 25 percent of households, reaching almost 60 million lines throughout the EU. Yet, it is not reaching some of theless-developed areas, being available to about 60 percent of businesses and households in the remote and rural areas of the EU15, compared with 90 percent in the urban areas.

The commission, therefore, is encouraging member states to close this gap, and is looking to run a conference on the issue next year – a harmless enough venture it would seem, when there seem to be no legislative proposals on the immediate horizon.

However, the German telecoms giant, Deutsche Telekom, is not convinced of the commission's good intentions. According to the Frankfurter Allgemeine Zeitung (no link), it is accusing the commission of distorting the image of Germany's telecommunications market.

Brussels is presents Germany as being in mid-table with regard to broadband access, covering around 11 percent of its population, some 8.4 million, compared with 9.8 million in the UK and 9.7 million in France. (The US is the largest market with 40.9 million broadband lines.) This relatively low level it blames on incomplete regulations and a lack of competition.

Deutsche Telekom counters with a array of statistics, complaining that the EU is presenting a one-dimensional aspect of the market, not least by ignoring the fact that broadband access is available to one-third of all homes in Germany, double the average in western European countries.

But what is intriguing about this report is the motivation behind the company’s attack. Apparently, it fears that claims of a lack of competition may represent an attempt by the EU Commission to increase its own influence – another power grab on its way. It looks Deutsche Telekom is getting the measure of the beast.