The sin of national discrimination 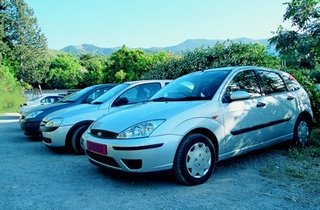 We have no shortage of things from the EU, about which we can justly complain. But it is useful to remind ourselves that we in the UK are not the only ones who find the grip of Brussels increasingly unpleasant and irrational.

Latest in the long list of complainants is the Cyprus government which, according to Reuters has attracted the ire of the EU commission for taxing imported second-hand cars, but not applying the same tax to second-hand cars sold on the island – which were taxed when imported new.

The reason for this discrepancy is quite simple, and sensible. New cars are heavily taxed when imported and this is reflected in their second-hand price. If they were then taxed again on resale, this would effectively amount to double-taxation.

Thus do the second-hand imports attract a relatively swingeing tax, ranging from £5,000 for a nine-month-old family runabout imported from the UK, to an eye-watering £23,000 for a six-year-old 2½ litre German saloon.

But such sense is not for the EU commission. Locked into its mantras, it sees the dreaded sin of "national discrimination" and is about to send a letter to the Cypriot government demanding equal treatment between domestic products and those from other EU states – on threat of legal proceedings.

However, the views of Cyprus transport minister, Haris Thrasou, have not yet been recorded. "We will wait to receive the letter and will then look into the matter before making a comment," he says. Oh, to be a fly on the wall.