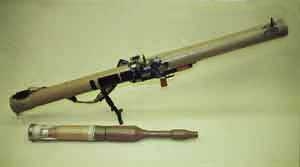 For a country with an avowed free-market policy that has Electricité de France supplying power to No. 10, allowing the Russian state-owned Gazprom to make a bid for Centrica, the owner of British Gas, seems a natural extension of that policy.

However, as energy analyst David Montagu-Smith told Channel Four News, the Russians are looking to use the security of gas supply as a major tool in getting to the top table and staying there.

Despite Gazprom being described as "an arm of Russian domestic and foreign policy", Montagu-Smith believes European governments should resist the urge to block the company’s expansion plans, amid concerns that, if its merger aspirations are thwarted, it could sour the wider relationship between Russia and the EU.

EU member states – but not Britain – is heavily reliant on Russian gas supplies so it looks as if the UK is thus being called upon to allow a Russian take-over of our premier gas distributor, simply to look after the colleagues' interests.

But there is a more pressing reason why we should not do deals with the Russians. Not only is the state armaments manufacturer supplying hi-tech anti-aircraft missiles to Iran, which could potentially alter the balance of power in the Middle East – to the detriment of the British national interest – we now learn that it is supplying a powerful anti-tank weapon to Hizbollah and through them to terrorist groups in Iraq.

Known as the RPG-29, this weapon has two warheads and is capable of penetrating the thickest of armour as well as defeating protective devices devised to deal with the earlier, more primitive RPG-7s.

Although primarily a threat to US forces, there is every possibility that it could also be used against British troops, who have no effective defence measures against the weapon. So potent is it that the US military has refused to allow the newly formed Iraqi Army to buy them, fearing they will fall into the wrong hands.

Yet, the very same state that wishes to buy up our gas company, and wants to be seen as a "responsible trading partner", is equipping terrorists with deadly weapons that could well result in Union Jack-draped coffins finding their way back to our shores.

Our government should tell the Russians, "thank you, but no thanks", and let the EU colleagues go hang.