Surely we should be debating this? 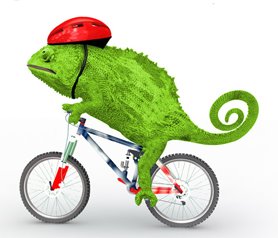 I suppose what really irritates about the Boy King and his faux environmentalism is the closeted nature of his thinking. On the one hand, he preaches the internationalist dimension, à la Kyoto, while, on the other, he rejects any discussion of the European Union. Yet, as our readers are fully aware, "environment" is wholly an EU competence and, therefore, UK law is entirely dictated by Brussels.

Effectively, without declaring this openly, the Boy King is buying in to the whole EU charade, despite its manifest absurdities and the enormous costs it imposes on our economy.

There is no better example of this that the EU's Water Framework Directive, which features in yesterday’s Telegraph in a story headed: "Farmland 'must go back to the Middle Ages'".

This is based on a report from Professor Roger Sylvester-Bradley, who is responsible for fertiliser research at the Agricultural Development and Advisory Service (ADAS). He has concluded that it will be impossible to maintain any significant degree of arable farming in East Anglia and, at the same time, comply with the directive's expected criteria on water quality, specifically in terms of nitrate levels.

Continuation of arable cultivation, he warns, will put the UK in breach of the directive, risking huge fines in the European Union Court of Justice, the only alternatives being to revert to the practices of the Middle Ages, turning the land back to grass or forestry – or possibly energy crops grown with little fertiliser.

This crisis has arisen, the Prof says, because intensive cultivation has given rise to an upward trend in "diffuse" pollution from nitrates and phosphates which is proving difficult to reverse. The EU has set a legislative timetable under the Directive for returning all drinking water supplies and water in rivers, ponds and lakes to "good" water quality by 2015 and, at present 95 percent of all water bodies in England and Wales would fail the standard.

There is, apparently, no explicit standard for nitrates, but experts say it is inconceivable that "good" water quality will be less stringent than the 50 milligrams per litre set out in the existing nitrates directive.

That standard, incidentally, is of those arbitrary figures that bears no relation to any real threat, and has been cobbled from the usual junk science which the EU commission so loves. Largely, the standard is predicated on the risk of "blue baby syndrome", which has been totally discredited.

However, on the basis of this, we look to see a major and traumatic change in the economic base of East Anglia, which will undoubtedly have a significant effect on the economy as a whole, and it will come sooner rather than later. The EU is demanding that water management problems are identified by next year, with plans to tackle them to be in place by 2009 and working by 2012.

Thus, come the most significant comments from Professor Sylvester-Bradley. He believes that EU regulators will eventually have to recognise that it is unrealistic for agriculture not to have an effect on water supplies in heavily populated northern Europe and thus says, "Having good ecological status in our waters will present us with an enormous cost. Surely we should be debating this?"

All these things we should be debating, on top of which there should be a structured and honest debate about whether it is really a sane policy to bankrupt our economy in order to deal with global warming.

But none of these debates will be led by the Boy King, or any of his acolytes. They have bought into the "green revolution" – a 60s concept if ever there was one – and we must all change our ways (and not over-fill our kettles) to satisfy his mad evangelism. Therein lies the measure of the disaster that has fallen upon the Conservative Party, and the nation.