What did the European Parliament find? 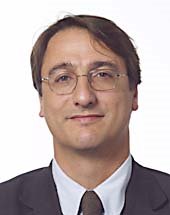 The European Parliament, described for some reason, by an Associated Press writer as “EU lawmakers” and “legislators” (which just goes to show that journalists are lazy everywhere) has been trying to find out the truth about the CIA prisons and clandestine flights that allegedly took terror suspects away to be tortured in various unsavoury places (that the EU is normally very friendly with).

To be quite precise, the committee has made up its mind some time ago and is now looking for corroboration rather than evidence. They have run into some trouble.

The committee has been unable to point to any evidence for those prisons, but they are still looking and intend to travel to various countries were supposed to have been situated. The story of the prisons is supposed to the one leaked by Mary McCarthy to Dana Priest of the Washington Post, for which the latter won the Pulitzer Prize.

In the meantime the would-be legislators have released a preliminary report, to which neither the American nor the EU authorities have reacted. The document was written by Giovanni Fava, an Italian socialist MEP.

Its gist was that

“…data gathered from air safety regulators showed that the CIA had flown 1,000 undeclared flights over Europe since 2001, sometimes stopping on the Continent to transport terrorism suspects kidnapped inside the European Union to countries using torture.”

“that requires airlines to declare routes and stopovers for planes with police missions”.

On the other hand Signor Fava acknowledged

“that in some cases it was very unlikely that the European authorities had been unaware of suspects being arrested on their territory”.

The CIA is not denying special renditions, which began, as we now know, under President Clinton:

“The CIA declined to comment on the specifics of the report, but an agency spokesman in Washington defended the practice of renditions. "Renditions are an anti-terror tool that the United States has used for years, consistent with its laws and treaty obligations," said Paul Gimigliano. "The CIA does not condone or tolerate torture, transport individuals to other countries for the purpose of torture, or knowingly receive intelligence obtained by torture."”

The Dutch Green MEP and human rights activist, Kathalijne Buitenweg whom we have quoted before, has once again come up trumps:

“Condoleezza Rice says rendition programs save lives, and we don't accept this.”

Why not, one wonders.

“In Europe, we will seize cocaine if we find it on a plane, but we are turning a blind eye to the transport of human beings to be tortured, and this is unacceptable.”

What a lot of unacceptance. I wonder what the lady would find acceptable? More terrorist attacks? People murdered as Theo van Gogh was? Politicians being permanently guarded, as some of Ms Buitenweg’s colleagues are in the Netherlands, because of threats by Islamists? I don’t believe we have heard Ms Buitenweg’s comments on Ayaan Hirsi Ali and what she has had to put up with.

Still, the answer is there, if you look for it:

“Legislators said the lack of a cohesive EU-wide terrorism policy was undermining counterterrorism cooperation in Europe and allowing abuses.”

No, the International Herald Tribune does not know the truth about the Toy Parliament either. Legislators, indeed.

Still, the proposal is interesting. There is, for example, no suggestion that, apart from the possible odd mistake, the people, supposedly taken away by the CIA were not terrorists or, at least, would-be terrorists.

The logic is that by not having an EU-wide terrorism policy, the Americans have been allowed to pursue their own, with the help of individual governments and, one must assume, security forces. Therefore, we must have that cohesive policy in order to stop the American war on terror.