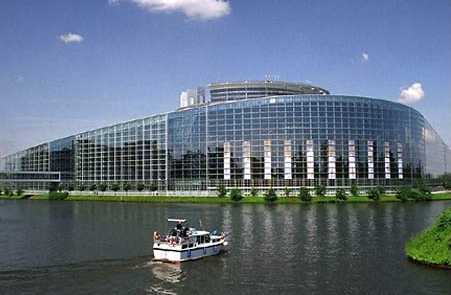 However loathsome it was going to the EU parliament in Strasbourg, staying in the city was a different experience altogether. The City authorities were always very accommodating and we always found ourselves very welcome, especially in the fine bars and restaurants.

The Times, however, has come up with a report that suggests that the City’s enthusiasm for the parliament was not entirely altruistic. In fact, it seems, it has been ripping off the parliament for the last 25 years, to the tune of some £105m.

The scam arises through a secret deal where the City has inflated the rent for two of the parliament's buildings - the Winston Churchill and the Salvador de Madriaga - by between 10 per and 40 per cent since 1979, and then overcharged on the sale of the main building (pictured) which was originally purchased by the City authorities and then sold on to the parliament for a price tag of €450 million.

Outraged MEPs have refused to sign off the parliament's budget and have begun an investigation into how much had been overpaid and whether there was fraud involved. There is, according to The Times, an intense row brewing, with MEPs accusing its officials of knowing about the overpayments but doing nothing.

Further resentment is brewing as the City has refused to co-operate with the investigation, denying access to its internal budget documents, which would show how much money it made from the parliament and where it went. In response, the parliament has frozen the €10.5 million annual rent payment and there are suggestions that the police will be called in.

Somehow, though, one gets the feeling that this will go nowhere. Palms will be greased and the issue will slide out of the public domain, unresolved, with the taxpayers of the member states picking up the tab. But then, this is the EU and such is its addiction to fraud and waste (unlike ZaNu Labour of course) that a mere £105 million can easily be forgotten.