Playing to the gallery? 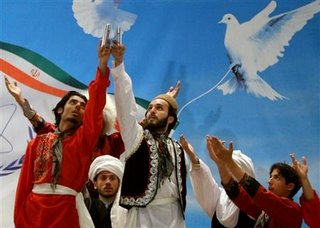 It is all very well for Ahmadinejad to announce that his scientists have been able to produce enriched uranium but, as the Americans point out, we have no means of knowing whether this is true, or merely bluff and bluster, calculated either to improve Iran’s international negotiating position, or for domestic consumption – or a bit of both.

As US state department spokesman Sean McCormack said, "At this point, I can't confirm any of the technical details. There is a lot that goes into a technical assessment of where the Iranians might be in their capability in operating a centrifuge cascade, whether it be a small one or a large one ... I couldn't offer an assessment for you as to where they stand in that process."

If indeed Iran has succeeded with the enrichment process, at 3.5 percent, this is a long way from producing weapons-grade material in sufficient quantities to make a nuclear bomb and, as we have pointed out before, there is a massive leap in technology required to turn this into a bomb. There is then yet another leap before a reliable delivery mechanism can be produced. 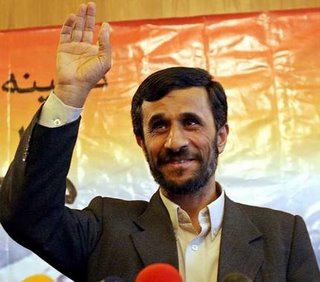 Either way, in his prancing and preening, Ahmadinejad is playing a dangerous game and, despite the BBC's attempt to turn this into an US versus Iran conflict, with the peace-loving EU member states mediating, the fact is that the US – short of Israel for the time being – is the only nation with the means to mount effective military action against Iran, should Ahmadinejad go completely off the rails. Therefore, we can be thankful that the US is clearly developing contingency plans – it would be irresponsible of it not to do so.

Needless to say, left-wing columnists – like the increasingly mad Simon Jenkins - blame "western provocation" for Iran's actions, while others point to the sinister role of Russia and Saudi.

Remarkably, no-one seems to be mentioning the role of Russia in arming Iran and the possibility of an independent Israeli response is not being discussed either, although it must still be on the cards.

Altogether though, it is fair to say that no-one really knows what is going on in this troubled region, and we take little comfort that our ignorance is matched by that of the state department. The one thing of which we can be sure, however, is that cannot serve the interests of stability and world peace for Ahmadinejad to be playing to the gallery.