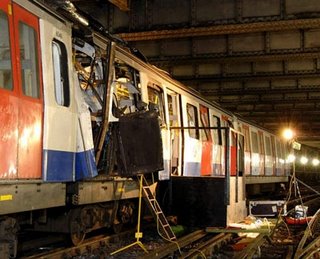 Get together a hundred Imams from around Europe and bring them to a meeting in Vienna under the aegis of the European Monitoring Centre on Racism and Xenophobia this weekend. Then tell them that prejudice against Muslims is dangerously high in Europe and can lead to a vicious circle of isolation and radicalisation of immigrant youths.

That was the brilliant idea Beate Winkler, head of the Centre, as recorded by Reuters, who went on to declare that "Muslims have a dangerous feeling of hopelessness and withdrawal from the wider community, which in turn leads to alienation, especially among young Muslims of immigrant descent."

Needless to say, Winkler gave no statistical evidence for this startling conclusion, but said her agency would soon publish two reports on Islamophobia in Europe.

Then it was the turn of the Imams, who agreed that public attitudes towards Islam, now the second-largest religion in most European countries, had hardened since the September 11 attacks in New York, bombings in Madrid, and London and the murder of Dutch filmmaker Theo van Gogh.

Now, I wonder why that could be.