The groundhogs are gathering 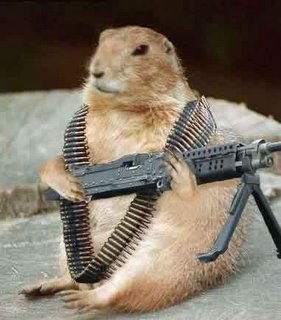 When even the Financial Times starts making comments about groundhogs, you just know that something is badly amiss. But there it goes, with it columnist Alan Beattie suggesting that, If Bill Murray wanted to make a sequel to Groundhog Day, he could do worse than set it in the Doha round.

Barring a miraculous acceleration in the discussions, the end-April target for agreeing numbers for farm subsidies and goods tariffs will join the lengthy list of missed deadlines since the talks began in 2001, Beattie writes.

And ain't that the truth.

We need not trouble you with all the details. With the EU, the USofA, the Cairns Group, the G8, the G20 – which includes some but not all of the Cairns Group, but not all of the time – and the less developed nations, plus the bundle of NGOs, China, Russia, Uncle Tom Cobbley and all... with the permutations, combinations, coalitions, alignments, alliances and non-alliances – with all their different agendas, trade-offs and offset deals, to say nothing of the compromises and sacrifices...

You get my drift.

Alan Beattie compares it with one of those logic puzzles which involve getting a fox, a hen and a bag of corn from one side of the river to the other without the fox eating the hen or the hen the corn. A solution remains elusive, he says.

Elusive? Down right impossible, I would say. We're going to see a lot more groundhogs.